No person or thing seems to have been blamed for continuous price hikes in the Ethiopian economy like middlemen. Whether gas or groceries inflation, both current and past administrations have a way of blaming these players for their failed attempts to establish a strong and resilient market structure. Even though various factors may contribute to the failure to sufficiently tackle price increases, middlemen have indeed had their fair contribution to the problem. Over the past few years, electronic commerce platforms have been popping up, helping counterbalance their negative effect. Despite the impact of these attempts being on the smaller end, there is enough evidence worldwide to argue that e-commerce can indeed help in curbing the counterproductive effect of these trade players in the middle. In this article, starting with the story of a recent entrant in the e-commerce business, EBR’s Addisu Deresse analyzes the impact, considerations, and challenges of e-commerce platforms in an economy. 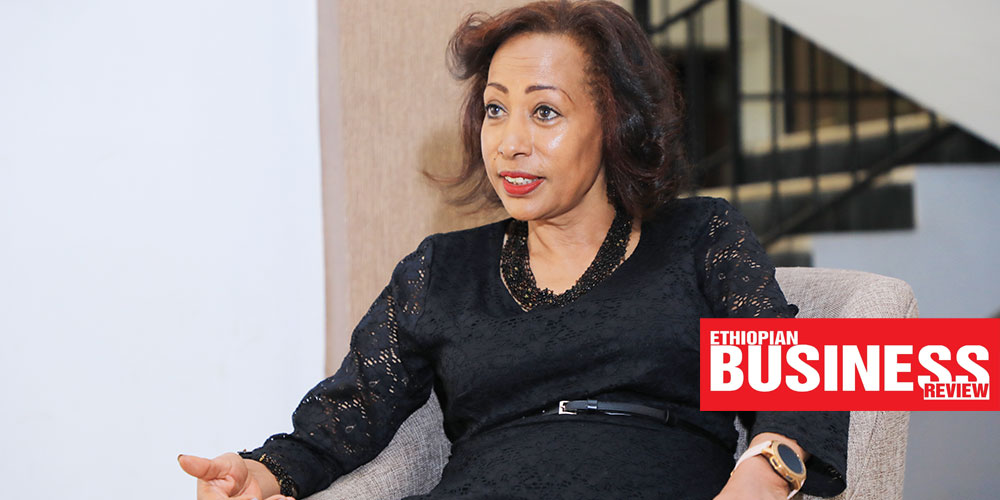 Born and raised in Addis Ababa, Aster Solomon is a pioneering businesswoman who introduced geographic information systems (GIS) to Ethiopia through a company she founded with a colleague. Information System Services (ISS) was founded in a rather bold move by the entrepreneur at a time when not a lot of people were able to use computers and when government offices were using typewriters. She is also the owner of Mosaic Hotel as well as New English Private School, one of the leading private schools in Addis Ababa.

Aster’s leadership roles extend from the Addis Ababa Hotel Owners Association to the city’s Chamber of Commerce. She was elected to chair the board of directors of the metropolitan hotel owners’ association in September 2021. She is also one of the founding women of Enat Bank, the first and only women-initiated and -led financial institution in Africa and the Middle East. She has been an active member of the board of directors of the city’s chamber for several years. In this interview with EBR’s Addisu Deresse, she shares her multi-disciplinary involvement in various sectors as well as her experience in being an entrepreneurial woman.

Samuel Yalew, as head of Mastercard Foundation – Ethiopia, leads a massive youth employment drive of one of the world’s largest foundations with global commitments of around USD4.4 billion. Holder of a Master of Arts from Addis Ababa University, he has over 25 years of experience in education, child rights advocacy, public health, and youth employment while working at public, private, and non-governmental organizations—with many in senior leadership roles in various large and multi-year projects in Ethiopia, Namibia, Canada, and Uganda. Samuel joined Mastercard Foundation in 2015 and is said to have played an essential role in developing vital strategic interventions and programs, including the foundation’s Young Africa Works strategy. Prior to his current engagement, in August 2019, he moved to Kampala, Uganda, to set up the foundation’s branch and Young Africa Works strategy there, which he successfully delivered. As of August 2021, Samuel has been the Country Head for Ethiopia, working towards the effective implementation of the Young Africa Works strategy to enable 10 million young women and men access dignified and fulfilling work which earns them the respect of their families and communities. In this interview with EBR’s Addisu Deresse, he talks about the foundation’s ambitious goal of creating millions of jobs in the decade

Anwar Soussa is a senior corporate executive who now serves as the founding CEO of Safaricom Telecommunications Ethiopia, a subsidiary of the Nairobi-based telecommunications and financial multinational, Safaricom.

Ethiopia announced the opening of the telecom sector in 2018. This materialized with the establishment of the Ethiopian Communications Authority (ECA) in the same year and subsequent licensing of the Global Partnership for Ethiopia (GPE) in 2021, which has now become Safaricom Ethiopia. This ends the 128 years of monopoly in Africa’s second-most populous country.

The company he leads is a consortium of multinational operators in which Kenya’s Safaricom is the largest with a 55.7Pct share, followed by Japan’s century-old Sumitomo Corporation with 27.2Pct, the CDC Group—currently named British International Investment—owning 10.9Pct, and Vodacom—the South African telecom company—retaining a 6.2Pct stake. GPE paid a USD850 million licensing fee.

Anwar holds an MSc in Business Administration earned from Concordia University, in Montreal. He has spent a significant portion of his career in senior management positions of telecommunications firms on the African continent, alongside stints in Cyprus and Papua New Guinea. Hired as Managing Director of Vodacom DRC and Chairperson of Vodacash in 2017, he is credited with turning the unit into the largest Vodacom operation outside of South Africa—exceeding USD500 million in gross revenue for the first time in 2020.

Daniel Waktole is President of the Ethiopian Pharmaceuticals and Medical Supplies Manufacturers Association (EPMSMA). The PhD candidate in pharmacy is also author of Guide to Pharmaceutical Manufacturing and Marketing in Ethiopia and co-author of the first international edition of the Book-master Guide for Medical Representatives. In 2020, Daniel founded Kilitich Estro Biotech PLC—a joint venture with an Indian pharmaceutical manufacturer. His academic background, coupled with his preeminent role in the sector—both as a Businessman and President of his sector’s trade association—affords him quite an insight into the sphere. With the firm belief in the potential to make Ethiopia the hub of Africa’s pharmaceutical and medical supplies manufacturing, Daniel shares his outlook on the challenges, prospects, and overall investment climate in his line of business in this interview with EBR’s Addisu Deresse.

The idea of digital currency has been in the making for long. Still, challenges are ever-present in realizing the idea no matter how powerful the digital world has grown throughout the years, especially post-Covid. Recently, however, digital currencies are slowly taking shape to allow transactions across borders and the decentralizing of trading—abolishing the role of middlemen as well as regulations from financial institutions and governments. In similar fashion to the trade of hard currencies in financial markets, digital currencies including Bitcoin (BTC), Ethereum (ETH), Litecoin (LTC), and Tether (USDT), among others, are being traded on online digital currency markets for the end purpose of buying and selling goods and services in the physical world. Ethiopians—though late to the party and with insignificant investment levels and transaction volumes—seem to be slow-walking into this new digital reality. Some are now investing directly in currency trades while many others are mining digital currencies for extra revenue. EBR’s Addisu Deresse overviews and clarifies digital coinage is its transformative power. 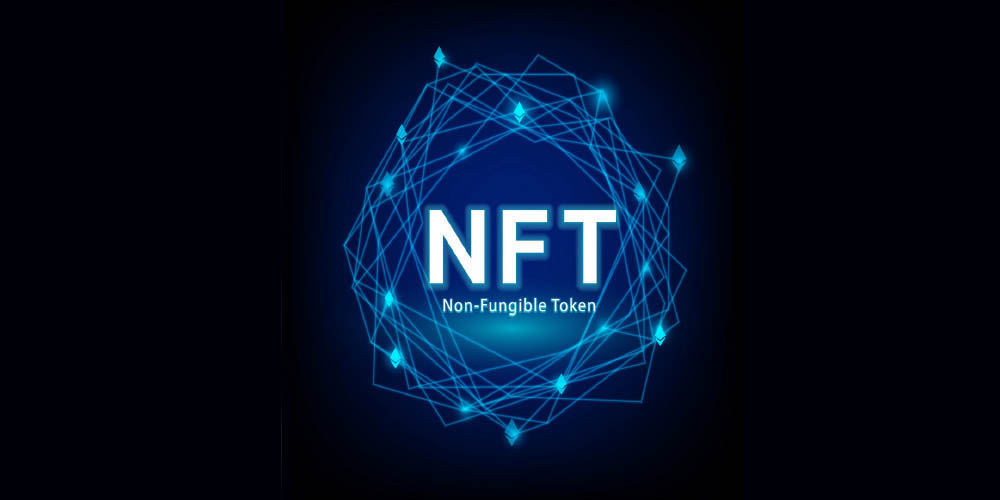 Ethiopian artists have long presented their works for insufficient compensation. The same is true for artists worldwide, to varying degrees. The idea of non-fungible tokens (NFTs) is now offering alternatives for artists to generate the income they deserve by ensuring the intactness of their artworks’ copyrights. Even though NFTs are a very recent phenomenon, some Ethiopians are slowly introducing themselves to this parallel digital reality. As much as this new world of NFTs offers an immense opportunity, legal, structural, and ethical challenges still remain to be addressed, writes EBR’s Addisu Deresse. 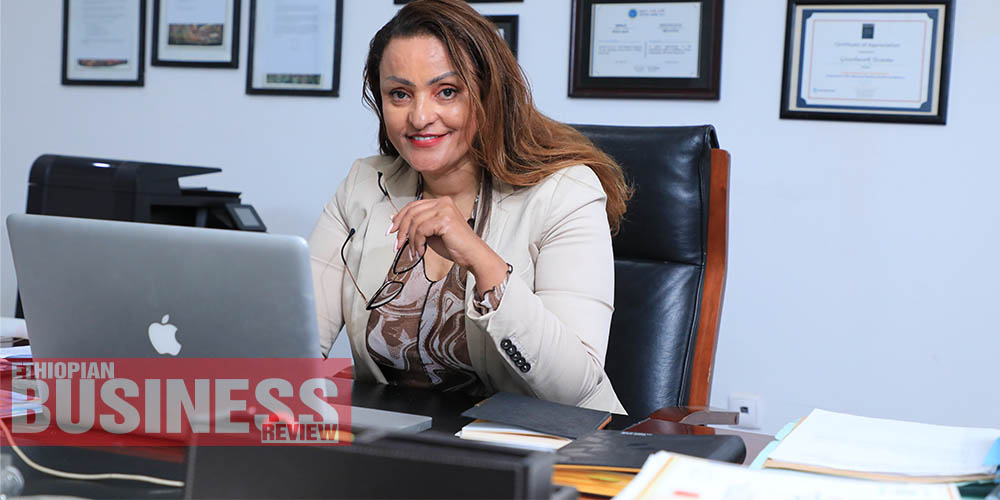 Born and raised in Addis Ababa, Gizeshwork grew up dealing with her own version of ‘the woman’s challenge’. Yet, she identifies them not as such but rather as experiences that may bring forth opportunities.

Gizeshwork founded Gize PLC—a logistics company, about 25 years ago—and is also a contributor to the World Bank’s Doing Business Index as well as member of the United Nations Global Compact—a community of 8,000 CEOs from all over the world that convenes once a year to chart innovative ways for entrepreneurship for a better world.

She is a familiar face in the business scene as well as spearhead of the fundraising committee for the Grand Ethiopian Renaissance Dam (GERD), for which she has taken a keen interest in as it is a project of pride for her and the nation.

Entrepreneurial and making business from solving problems from her start, she is of the firm belief that one should not stay put with accomplishments but rather always push for more success. From a stationary to a travel company and from construction inputs to freight and logistics services, Gizeshwork has made her living and name in Ethiopia’s business sphere as a strong woman that overcomes her problems by providing solutions to her customers and clients—and gaining financially from it. She gave an audience to EBR’s Addisu Deresse on her experiences as a woman, an entrepreneur, and one that assumes roles in global institutions.

Joost Heij is Country Manager of Tradin Organic, a global supplier of organic ingredients with 13 global offices. Subsidiaries under the company’s Ethiopian operations include Selet Hulling PLC and Sunvado Manufacturing PLC. Joost has more than 25 years of working experience in finance, trade, and management, including 13 years as an entrepreneur.

Globally experienced in Africa, the former Soviet Union, and Asia, he worked at Peja International BV and Africa Juice BV before becoming General Manager of the decades-old Upper Awash Agro-Industry Enterprise. He holds a bachelor’s degree in law from the University of Groningen and a master’s in international banking and management from INSEAD in Fontainebleau, France.

Currently, Joost heads Sunvado Organic Avocado Oil, a processor and exporter of premium cooking oil with operations 300 km from Addis Ababa in Yirgalem. Joost talked to EBR’s Addisu Deresse on agricultural exports and the challenges of the sector in general.

Lelise Neme was just 24 years old when first appointed as Chief Executive Officer of the Industrial Parks Development Corporation (IPDC)—an entity tasked with grooming and grouping manufacturers into efficient centers of industry throughout Ethiopia. Her leadership traits were seen even much earlier, however.

Lelise assumed leadership roles as a student at Jimma University and prior to IPDC, held the Director General position at the Oromia Industrial Development Agency and the Deputy CEO role at Oromia Industrial Park Development Corporation. Yet, she had to endure criticism after criticism for assuming senior roles at such a tender age.

Now, she heads the Ethiopian Investment Commission (EIC) at a time when investment flows are exhibiting downward trends due to a flood of challenges including the pandemic, national security deterioration, and war.

At a time when the nation needs an economic uplift to ease foreign exchange shortages and rampant inflation, Commissioner Lelise is facing the challenge of attracting more investment into a nation rocked by a series of internal and external trials and tribulations. One of the younger leaders of the current administration sat down with EBR’s Addisu Deresse to discuss investment prospects of Ethiopia.