For any political power aspiring to rule Ethiopia, controlling Addis Ababa is the ultimate accomplishment. Not only does the capital house all essential government organs, but Addis Ababa is mini-Ethiopia. All languages, ethnic groups, and regional states are represented and living in Addis Ababa, making it unique from the ethnic and language-based federalism seen in all other cities bar Dire Dawa to a much lesser extent. 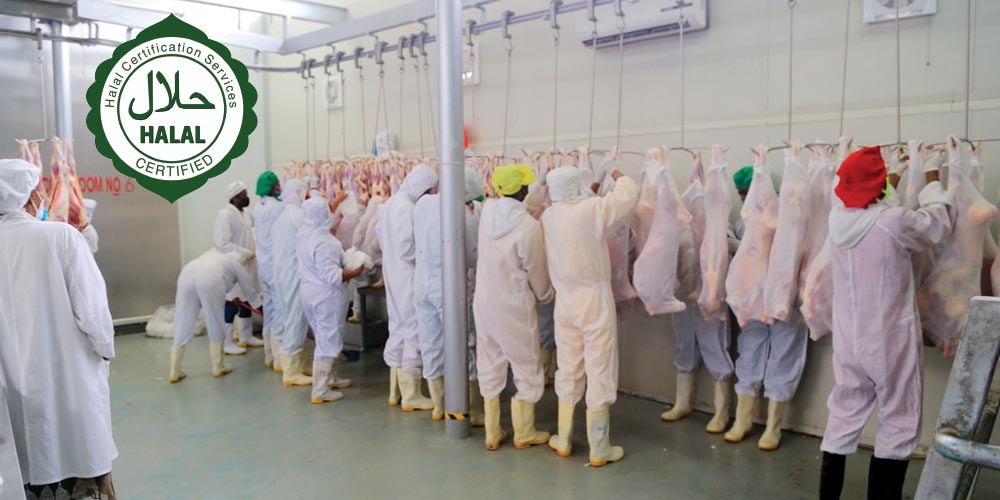 The Middle East is one of the leading consumer markets that relies heavily on imports due to its low agricultural capacity. Ethiopia, in close proximity, has one of the most robust agrarian economies with leading livestock numbers. Nonetheless, only countries that have adopted the halal certification framework are tapping into the Middle East’s consumer market. Ethiopia is mostly absent in this regard. The linking of unapproved animal meat as the cause of COVID-19 has deepened the acceptance of halal certified foods, pharmaceuticals, cosmetics, and other products even in non-Muslim nations. Religion is leveling up to science.
In a bid to cutout the halal barrier to Ethiopia’s exports to the Middle East and beyond, a new strategy of interlinking gulf countries’ halal accreditation systems with Ethiopia’s is taking root. To this end, Ethiopian slaughterhouses are working towards certification by the new system to export halal-certified food. Halal is expected to boost Ethiopia’s exports and free it from the USD3 billion chokehold of the past decade. EBR’s Ashenafi Endale explores 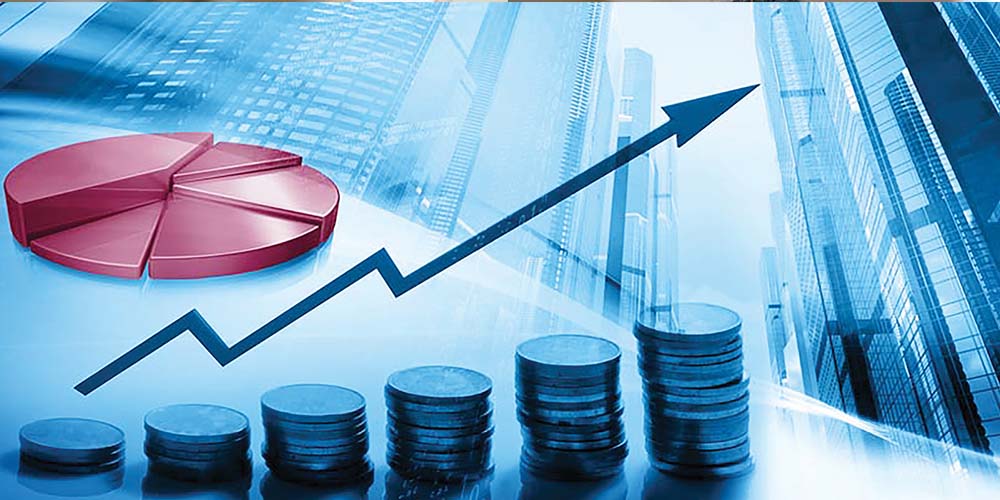 Corporate or institutional banking is a segment of the industry where specific deals and attention are provided in a specially designed way. These services include handling the loans as well as accounts of big economic players. Although corporate banking is one of the biggest business segments even in many developing countries, it is still in its infancy in Ethiopia. Almost all existing banks pursue mass marketing approaches and basically collect retail savings and lend to businesses. EBR’s Ashenafi Endale investigates new developments in the banks’ clientship landscape. 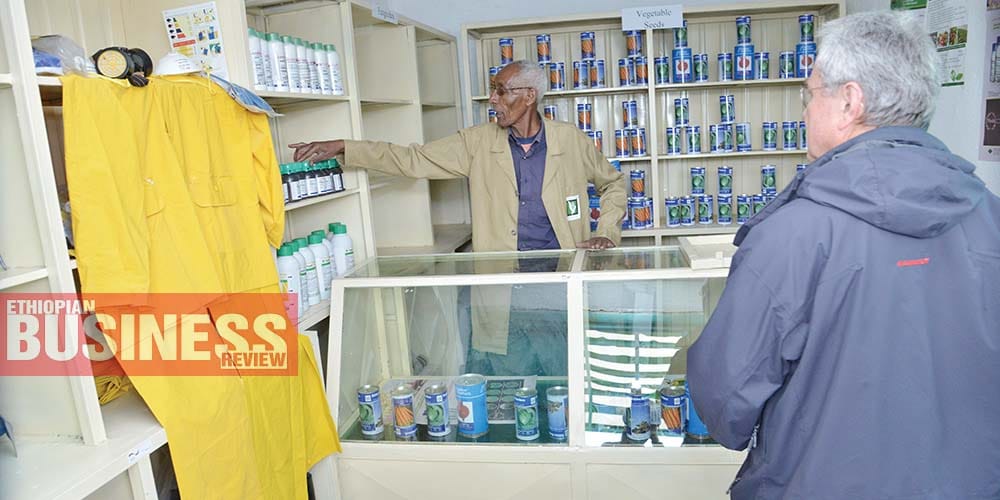 Modernizing and transforming agriculture has been a generational effort skewed in the wrong direction. Production and productivity have been government’s mottos for decades, only to remain lip service. Practically, the farmer’s decision-making power has been overruled by the government with the use of extension programs. Government was not brave enough to consider the farmer as a private and for-profit actor due to political reasons.
As a result, the supply of agricultural inputs, consultancy, and technologies have been monopolized by the government and its extensive extension program. From importation to distribution, from improved seeds to fertilizers, from veterinary drugs to technologies, the agricultural input supply market is monopolized by inefficient state-owned enterprises with the partial involvement of local governments.
Affordable agricultural input is particularly critical for Ethiopia, where the land has been ploughed for millennia. Ethiopia’s small-scale dominated agriculture, where farmers’ per capita land area has diminished to just less than a hectare on average, requires intensive input use to achieve productivity. However, this cannot be achieved when the government is running an inefficient agricultural input market business. Over the last few years, the private sector has been highly interested in installing modern agricultural input shops as a viable business. EBR’s Ashenafi Endale explores the growing potential of private one-stop agricultural input shops in replacing government’s incapacitated role in agriculture. 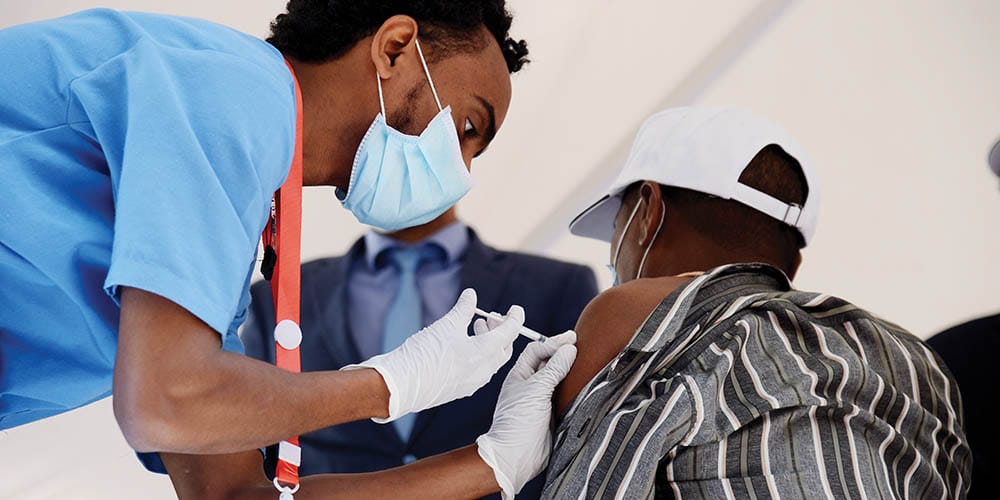 The first coronavirus disease vaccine injections taking place at Eka Kotebe COVID-19 Hospital on March 13, 2021 in the presence of high-level government officials and other notable Ethiopians. Frontline health workers were first to take the jab.
The first COVID-19 positive case and vaccine were registered in Ethiopia on the same day of March 13 in 2020 and 2021, respectively, whether accidental or planned. The world seemed doomed by the invincible virus since the beginning of 2020. After unprecedented death, chaos, and ultimate test to science, new vaccines were created for the new pandemic. 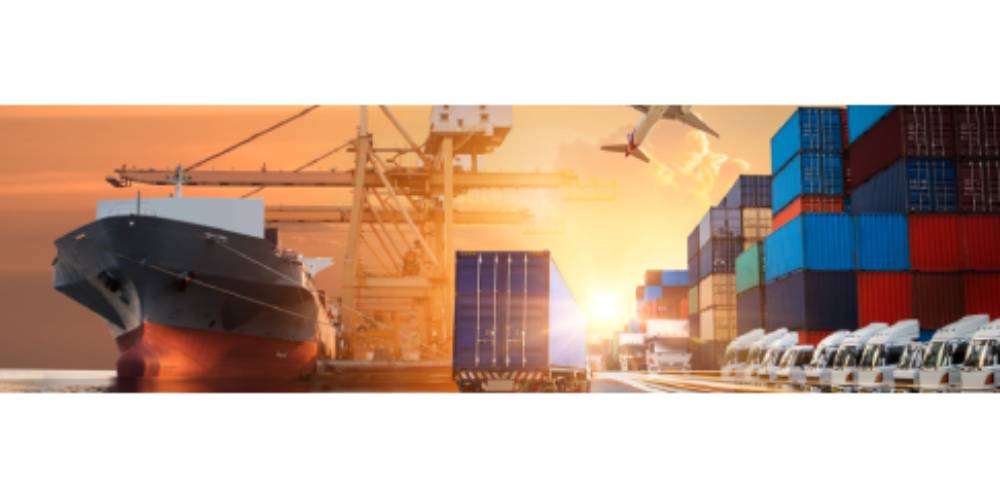 Ever since Ethiopia became landlocked after losing its access to the Port of Assab three decades ago, international trade has remained the Achilles heel of Ethiopia’s economy. The country’s dependency on imports could not be matched by efficient logistics services. Numerous service providers fight it out on one major route, the Ethio-Djibouti route, though it’s primarily primed for the state-owned carrier.
Coupled with low support provisioned, the closure of the logistics sector to foreign investors has stunted its growth.
Following the partial opening-up of the sector since 2018, a number of global shipping groups and logistics service providers are inking deals with local firms. Though late, the move is highly expected to buffer financial and knowhow transfers, long and eagerly awaited for by local players. EBR’s Ashenafi Endale looks into the trophies that could be won and persisting gaps haunting local logistics operators. 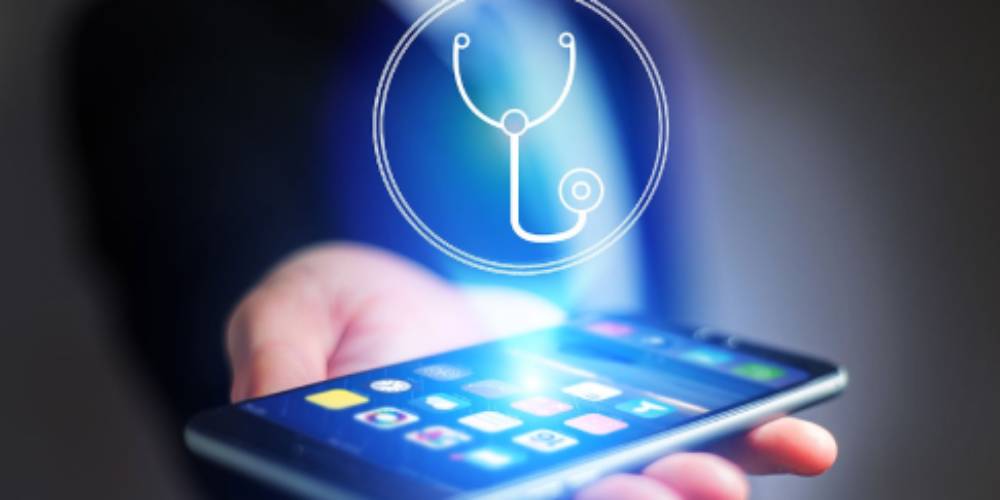 Digital health is the provision of health care services using digitized health recordings and electronic mechanisms. In developed countries, it evolved into an ecosystem where even surgery operations are remotely operated, or blood is delivered by drones at emergency spots.
But recently, physical distancing measurements introduced under COVID-19 increased the demand for digital health services even in developing countries like Ethiopia, where even the concept of digital health is at an early stage.
A number of medical graduates and computer engineers are teaming up to design applications to solve the completely manual health services of Ethiopia. Newly established startup incubation centers are also targeting idea creation, nurturing, and linking digital health innovators with investors. Nevertheless, they can hardly find financers as a startup, nor favorable support and policy environment from government. EBR explores the opportune moments knocking at the door for digital health innovators, and the monumental task ahead in digitizing Ethiopia’s health system. 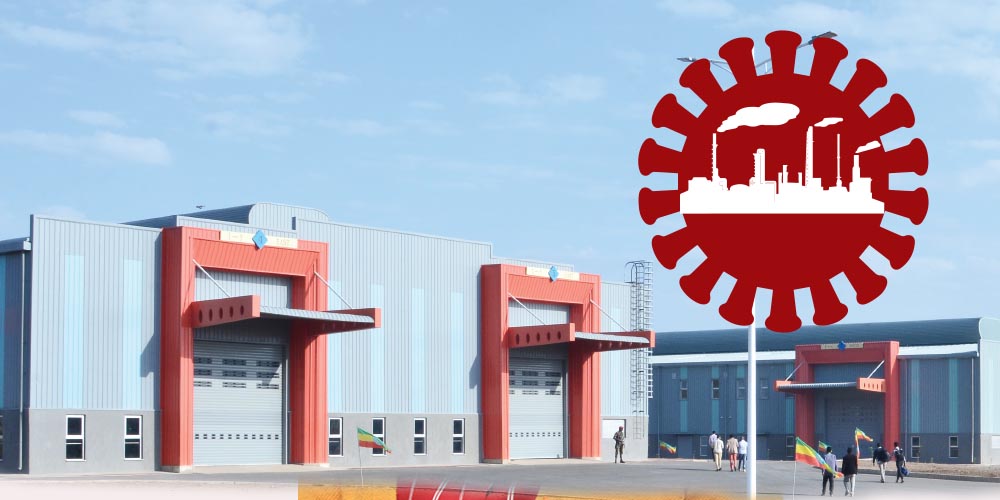 After a year-long Struggle, Manufacturers, Exporters see a Glimpse of Hope

In 2020, the spread of COVID-19 affected the global economy in large magnitude by reducing economic growth and slowing down business activities. Manufacturers and exporters operating in Ethiopia is also hit by the pandemic in a massive scale because of the cancelation of orders by international retailers and apparel. But after a yearlong setback, industry players say that foreign buyers are starting to place orders as the world’s economy is now under recovery. However, they argue to capture the opportunity, difficulties that hinders the performance of export-oriented manufacturers in Ethiopia should be solved quickly. EBR’s Ashenafi Endale explores. 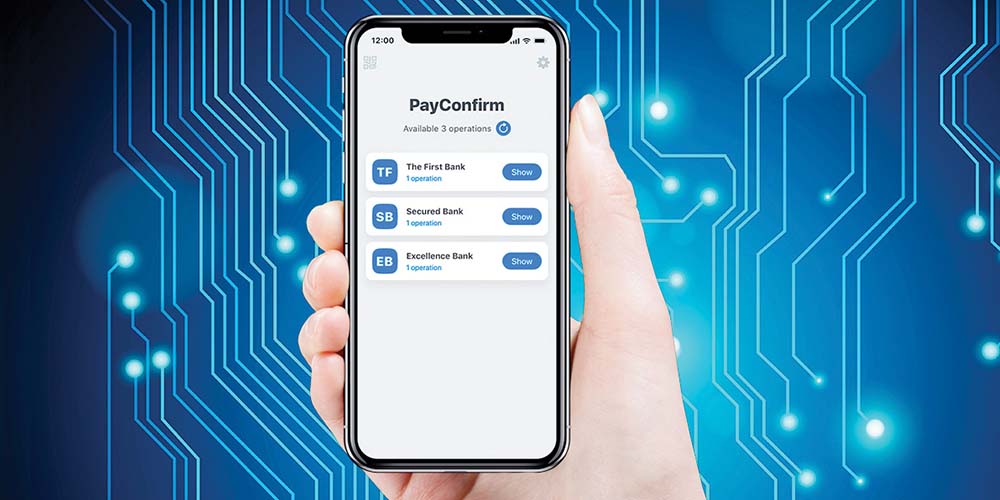 Reduced physical engagement with cash due to COVID-19 triggered an increased demand for digital transactions and was coupled with the central bank’s measurements towards limiting cash withdrawals. The number of digital payment and online delivery companies has boomed to 35. Although the time is ripe for fintech companies and software developers, newly placed regulatory frameworks by the central bank are stunting the sector along with banks’ stubbornness in sticking with bricks and mortar. Ashenafi Endale, explores how de facto payment and delivery companies are struggling to transform into independent operators under the new directives of the central bank. 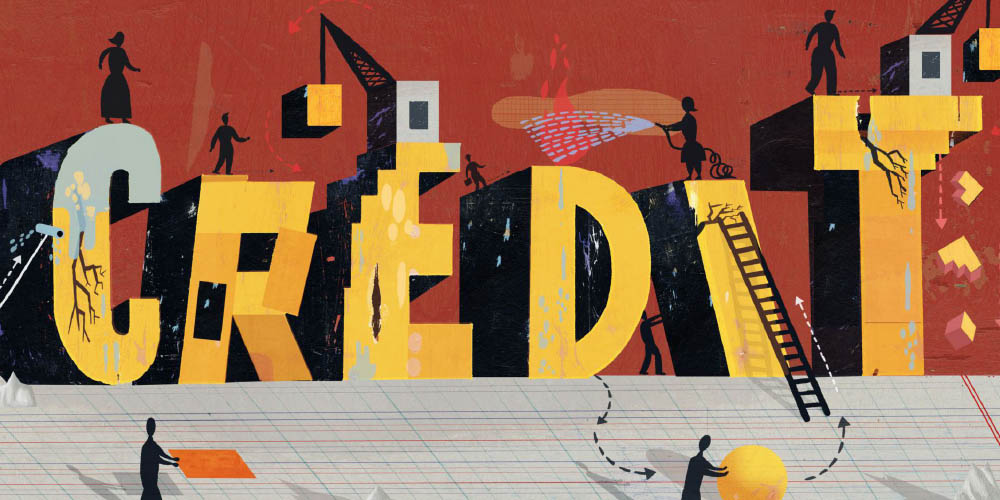 Following the replacement of currency notes, the banking industry’s liquidity level grew six-fold compared to the previous year. Close to ETB45 billion of fresh savings entered the banking system, while 2.5 million new saving accounts were opened. Despite surplus liquidity, commercial banks are not disbursing credit as per their capacity. Some attribute this to the political violence and instability in Ethiopia in the past five years, which has diminished the appetite of credit seekers. Others claim banks are currently holding back from giving loans because economic and business activities are slowing down and default rates are increasing. EBR’s Ashenafi Endale explores.