It has been widely recognized that the Ethiopian international trade has been in trouble for so long despite the growth it has been registering. The time consuming and costly customs clearance process, the weak and poorly coordinated logistics and transport services and the underdeveloped warehouse and inspection mechanism among others have been obstructing the performance of the sector.

Major stakeholders of the sector such as the Ethiopian Customs and Revenues Authority (ERCA) and the Ethiopian Shipping and Logistics Services Enterprise (ESLSE) have been exerting efforts to improve their performance. Especially the newly implemented changes at ERCA and the recent introduction of the Multimodal Transport System (MTS) by ESLSE are some of the new developments.

However,  many in the sector couldn’t witness tangible improvements in the overall operations of the sector. The changes and introductions of the new systems have been surrounded by controversies and underachievement. Solomon Tsegaye, operation manager at Biselex Ethiopia Plc, a company engaged in international trade believes, “Nothing has changed in the long and costly process of importing and exporting goods despite what the government claims.’’ Particularly the bureaucracy and lack of accountability of the customs officers, poor technology, negligence and many unexplainable drawbacks at the ERCA continue impairing the sector according to Solomon.

“A container which should have been released in a week usually stays for a month or more costing us more than ETB 50,000, not to mention the problems related with the market because of delays,” Solomon explains the loses  his company incurs because of the inefficiency in the sector.

Fasika Kassa General Manager of Gidabo Plc, an import-export company agrees with this. “The sector in Ethiopia is full of obstacles and bottlenecks. It lacks modernity, transparency and accountability.”

Kaidaki Gezahegn, deputy director general of Operation’s Program Design and Development at ERCA, accepts that there are still challenges, though he lists improvements that have been made.

“Basic changes in some of the vital functions of customs like clearance, transit and warehouse has been implemented starting last year,” Kaidaki told EBR. “One of our challenges is related with updating and adjusting the laws and regulations of the country’s international trade accoring to these changes,” he adds. A draft law has been sent to the Council of Ministers and is expected to be passed as a law by October next year, according to the deputy director.

Underperformance and backward systems is the foremost face of the country’s international trade. Inspection of goods by the authority is not supported by appropriate technology. The  warehouses  do  not  have  the  necessary  modern  facilities  that  support  efficient  service provisions. Endalkachew Arage of Yichalal General Trading remembers how a customs officer insists on checking up a pack of photograph papers which have already been checked by the X-ray, on a day light, making the papers of no use  and his company lose more than ETB 4,000 in the process.

In this digital age where everything is done electronically, Ethiopian laws require paper receipts to be issued for all transactions, although  the  government  is  reviewing  legislation  and  assessing,  among  other  things,  to the recognition  of  electronic format. Despite efforts of modernization underway,  as  ERCA  plans  to  upgrade  its  customs  processing  system  and  implement  an electronic Single Window, for now documents, forms, laws and regulations are not always available online while data sharing electronically is completely absent between agencies.

These all have hindered Ethiopia’s international trade from performing as planned. Recently Ministry of Trade has announced that the country’s export revenue for the fiscal year 2012/2013 has declined compared to the previous year’s performance, for the first time in recent years.

Abandoning the monopoly of the logistics and transportation of international trade is one basic measure the government should take Kassahun Abberu (PhD), director of Transit, Shipping and Transport of Akakas Logistics Plc. asserts. “Competition is the way which can lead to economic efficiency and high profitability to businesses, which participate in the foreign trade. Government should only work in regulation of systems and procedures.”

The logistics and transport sector is a major factor for the enhanced performance of the international trade and economic growth in general. To be profitable and grow, one has to sell what is produced. In order to sale, one has to be competitive, to be competitive, an impeccably working logistics and transportation system is imperative. For a country like Ethiopia with minimal rail way network, road transport is the only blood line of its economy making the availability of sufficient number of trucks one of the most important issue in the transport matrix of the country. Yet, the tax levied on imported trucks as well as their parts including tyres is very high. And this is creating shortage of vehicles in the country.

Concerning the proper use of information technology ERCA has found a EUR 5 million grant to change the ASYCUDA++ an outdated IT system with a latest one. “We are also working to introduce the Single Window  System to give the best service possible and speedy enough to satisfy our customers,” says Kaidaki.

“We know there are in house time frames set to finish a given process but there isn’t accountability if officers at ERCA didn’t comply with,” a business man engaged in the international trade, who wants to stay anonymous, told EBR. ‘‘Any officer who have been given duties and resposibilities with authority to facilitate the bureaucracy should be accountable too,’’ Dr Kassahun suggested stating that only importers and exporters incur extra costs because of the delays in the clearance processes.

There has been only one facility all the cargos imported to the country used to be cleared through. Now eight different windows are opened specializing on one specific sub sector, like imports for public investment, manufacturing, textile etc.,speeding the clearance process. Imported items to different government projects like the sugar and fertilizer factories, the Ethiopian Great Renaissance Dam, etc, are directly sent to the project sites and checked there. Similarly  inputs imported to the manufacturing sector are sent directly to the industry zone along with ERCA officers and checked there.

Dry ports are also one way of improving the services ERCA is giving. The Mojo dry port has already started giving service and other dry ports at Dire Dawa, Kombolcha, and Mekele will be operational soon.

One of the main challenges related with the transit system of the nation was that there were so many check points to control the illegal smuggling and contrabandists. These check points were the main sources of delay and actually the sources of corruption and rent seeking. Now many of these check points are closed and a mobile anti-smuggling team has been established to check contraband and illegal movements  of  goods. In Addition to this a cargo tracking system, by which cargos are sealed and checked later  is in place, according to Kaidaki. All warehouses that ERCA uses were owned by the government. A new regulation has been implemented recently, that will allow the privately owned warehouses to join the pack.

According to the World Bank’s Doing Business 2013 report, it takes 42 and 44 days to export and import in Ethiopia respectively. This is much higher compared to the 10 days in the Organization for Economic Cooperation and Development (OECD) high income countries and 31 and 37 days in Sub-Sahara Africa. According to the report up to 103 procedures and about 21 documents at times are required at different stages of the chain to obtain customs clearance in the country. Import and export processes in Ethiopia take about twice as long as it takes in Kenya, Vietnam and China.

Osman Ali, Corporate Communication manager at ESLSE argues “With the implementation of the newly introduced transport system, the Multimodal Transport System (MTS), the enterprise is working to change this. The voyage which used to take 60 days to transport a shipment from Djibouti to destinations in Ethiopia has been minimized to six days.”

Trade costs usually related with transit times are also very high in Ethiopia.  Importing a container in Ethiopia adds an additional cost of USD1,095 and USD310 compared to importing that similar container to Tanzania and Kenya respectively. This difference can go up more than USD2,000 when compared with South East Asian Countries such as Vietnam. Ethiopia uses the port of Djibouti for nearly 90 pct of its import export. More than120,000 containers pass in and out through the port annually.

The  Government  of  Ethiopia  has  identified  the  logistics  system  as  a  priority and strategic  issue  to  improve  the  competitiveness  of  the  international trade.  A first major step was taken in November 2011 with the introduction of a multimodal transportation system. As a result, the  ESLSE  was  established  by  combining operations  of  the  three  major  State-Owned  Enterprises  of  Ethiopian  Shipping  Lines, Ethiopian  Maritime and  Transit Services and the Ethiopian Dry Port Service Enterprise.

Though the reception from the business community was not one with pleasure in the beginning, many experts of the discipline has seen it as the right step, considering the country’s rapid economic growth and the increment in its international trade volume.“The MTS is the right and most important logistics and transportation system for a developing landlocked country like Ethiopia.” Osman told EBR.

Kassahun simplifies the new transportation system, “It is basically a system of using different modes of transport such as water, air, railway and trucks through one agent to take charge of transiting and transporting shipments until delivered to the importer.” The concept of MTS therefore is by itself a globally accepted way of international trade logistics and transportation system. “It is a time saving and cost effective logistics system” Kassahun concludes.

The problem is with its implementation, according to industry observers. The World Bank Logistics Performance Index (LPI) puts the overall logistics performance of Ethiopia as “low”, ranking the country at the lower end of the surveyed countries, even below the Sub Saharan average in most of the indicators.  In reality the logistics system of the nation is deteriorating when compared with other countries.  According to the LPI, the ranking of Ethiopia shows a back ward spiral between 2007 and 2012, going from 104 to 141 in the rank that includes  around 150 countries, in the five years time.

Osman do not agree with this, citing improvements made in the last couple of years. “In fact we started the MTS without a thorough prior preparation and it has created some challenges at the beginning of the implementation but we have seen a remarkable improvement through time.”  But Kassahun bickers to be efficient and cost effective there should be competition among private firms to deliver the services, only then can efficiency be guaranteed.” This is forwarded as a solution that guarantees long lasting effects by many observers.

Osman begs to differ when it comes to privatizing the sector, “it needs a huge investment which the private sector cannot handle. Simply it needs a multi billion investment on giant terminals, machineries and infrastructures. MTS needs a sophisticated terminal, vessels, trucks, loading and unloading machineries, high use of IT and the government has been working on fulfilling them through time.”

International trade is one of the most important economic activities which can make a lasting impact for the prosperity and wellbeing of a nation. It boosts development and reduces poverty through investments and job creation; enhances competition; encourages innovation; expands choices and lowers prices for consumers, strengthens relations between nations for further trust and cooperation.  To this end all stakeholders should exert their at most efforts to improve the situation and scale up the improvements achieved in recent years. This is a sin qua non, as the country moves closer to joining the World Trade Organization.

Disappointment on the Ground: The Failure of the Local Commercial Farming

Africa’s Economy: The Gloomy Past and Its Bright Future

A Tale of One City: How Conferences in Africa’s Diplomatic Capital Bring Boom for Hospitality Industry, Hope for the Youth

nextLiberalization: The Only Way Out 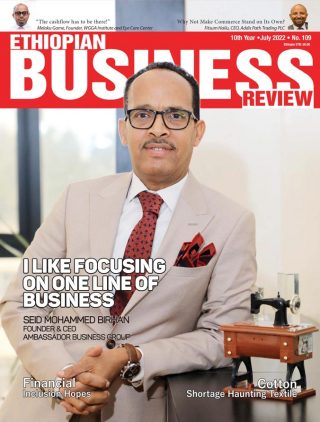 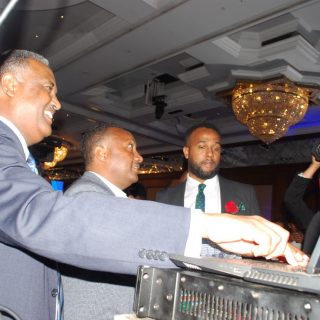 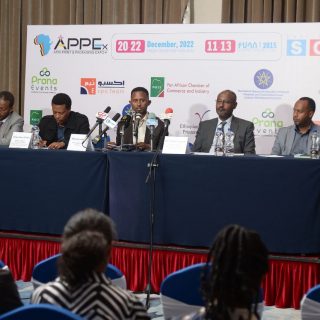 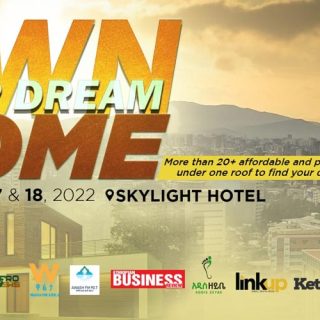