Since domestic resources are not large enough to finance various development endeavors, Ethiopia, just like any developing nation is forced to turn to Foreign Direct Investment (FDI). To facilitate the flow of FDI into the country, the government tried to introduce a favorable legal framework in line with constantly changing global dynamics, but without compromising national interest. To this effect, the government has amended the investment proclamation five times since 1992. The government’s efforts seem to have been fruitful. Especially after 2010, the annual FDI flow showed an increase and Ethiopia was among top five FDI recipients in Africa. In 2017, FDI flow reached a record high of USD4.5 billion.

But since then, FDI flow started declining year after year and reached USD2.5 billion last year. In the first quarter of the current fiscal year, FDI flow was USD500 million, 20Pct lower compared to the corresponding period last year. Alarmed by this weakening, the government amended the investment proclamation for the fifth time in 2020.

Close to 200 representatives of the private sector (local and foreign) participated in the amendment process. The new investment law considered the quickly changing global investment environment as well as the movement of global value chains in order to align with successful laws globally.

Countries follow different approaches while crafting their investment laws. However, open-system and restrictive-system approaches are the most common globally. In an open-system, the host country admits FDI without a formal screening and approval process. European Union member states, eastern European countries, Chile, Argentina, Rwanda, and Mauritius are among the countries that follow an open-system approach while crafting their investment laws. On the other hand, countries that limit foreign equity acquisition below 50Pct, require approval for the investment, and restrict capital repatriation and land ownership, are categorized under the restrictive-system approach. Ethiopia follows this approach.

Some experts argue shifting from a positive to negative listing approach indicates the intentions of the government to avail more sectors to foreigners. They argue this is against the interest of domestic investors. However, experts like Mehrteab Leul, Founder and Principal at Mehrteab Leul and Asoociates Law Office, specialized in business and corporate law, disagrees.

“The new investment regulation is in stark deviation from its predecessor,” explains Mehrteab. “The shift towards a ‘negative list’ is probably the most significant aspect of the new investment law because foreign investors are now allowed to invest in any investment area except those that are explicitly reserved.”

Close to 32 business sectors and subsectors are listed under investment areas reserved for domestic investors, up from eight previously. For instance, in the past, only domestic investors were allowed to invest in the financial sector. But now, Ethiopian nationals living abroad and the diaspora community are allowed to purchase shares in financial institutions, like banks and insurance companies.

On the other hand, in businesses areas such as freight forwarding and shipping agency, advertisement and promotion, accounting and auditing, audiovisual, and cross-country passenger transport using buses with a seating capacity of more than 45, foreign investors can invest up to 49Pct in a joint venture with a domestic investor.

Investment areas not listed under the three categories are open to foreign investors. Services like management and engineering consultancy, repair and maintenance of heavy industry machinery, medical equipment, star-designated national cuisine restaurants, real estate development, education and health excluding primary- and middle-level health services are among the areas open for foreign investors. Although e-commerce is also open for foreigners, e-payment systems like mobile money are reserved for domestic companies.

The new investment laws reserved light and labor-intensive businesses for domestic investors, while opening areas that require capital, skill, and technology for foreign investors. “For instance, primary and middle level health services are reserved for domestic investors. This means foreign investors can invest in hospitals in Ethiopia now, previously not allowed,” argues Mehrteab. “The other major area opened for foreigners are consultancy services. Renowned foreign consultancy firms are now allowed to open offices and operate in Ethiopia.”

The minimun capital threshold for a single foreign investment is USD200,000. However, it is reduced to USD150,000 if the project is jointly executed with a domestic investor. If the investment is in architectural and engineering works or in technical consultancy services and publishing works, the capital threshold is USD100,000, and drops further to USD50,000 for joint ventures. This creates good opportunities for domestic investors looking to partner with foreign companies.

However, the new investment law has a number of limitations, such as the absence of modalities allowing micro and small enterprises (MSEs) access to easy finance to transform themselves. “MSE contribution to the economy is significant even in developed economies. The financing and investment road map is not facilitated towards them in Ethiopia. The new investment law is highly suffocative for SMEs,” argues Mehrteab.

On top of this, the new investment law does not mention private equity funds. There is no mechanism to register or license private equity companies engaged in angel investing. There are also no articles concerning idea financing.
The ultimate power to implement the new investment law is bestowed upon the Ethiopian Investment Board, led by the Prime Minister. The board has ten members, of which only two are from the private sector with the rest from the public sector. The private sector representatives are not allowed to vote in the board’s decisions. The new proclamation also establishes a new entity called the Investment Council, comprised of members of the federal and regional governments. The council is also chaired by the Prime Minister. The council oversees the horizontal relationship and coordination between the two governments.

This arrangement also failed to consider the existing repulsion between the federal and regional governments. The federal investment commission exclusively licenses foreign companies, and regional states provide land and other infrastructure. But taxes collected from these foreign companies usually goes to the federal government. Due to this arrangement, investors licensed at the federal lavel frequently encounter irritations to secure land from regions. The unequal benefit from investments has been one of the factors leading to waves of political unrest that hit the country over the last couple of years.

“The new proclamation allowed the establishment of the Federal Government and Regional State Administrations Investment Council, for the first time. This can address the ambiguities raised before on decision making, benefit, and land issues that regional states raise on FDI,” hopes Mehrteab. EBR

next“There is ample room for both the public and private sectors.” 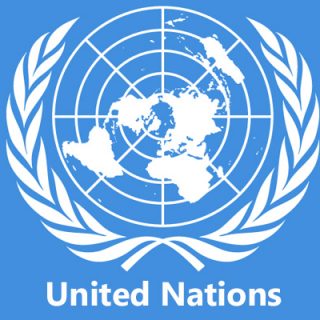 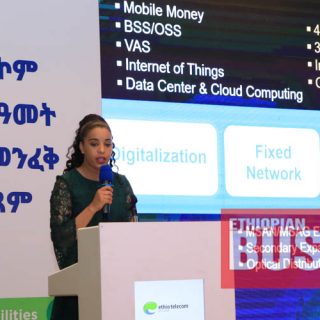 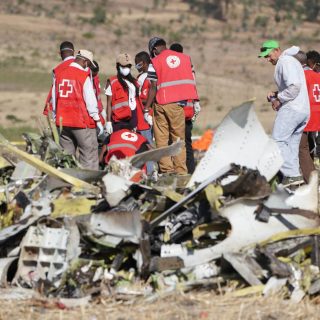