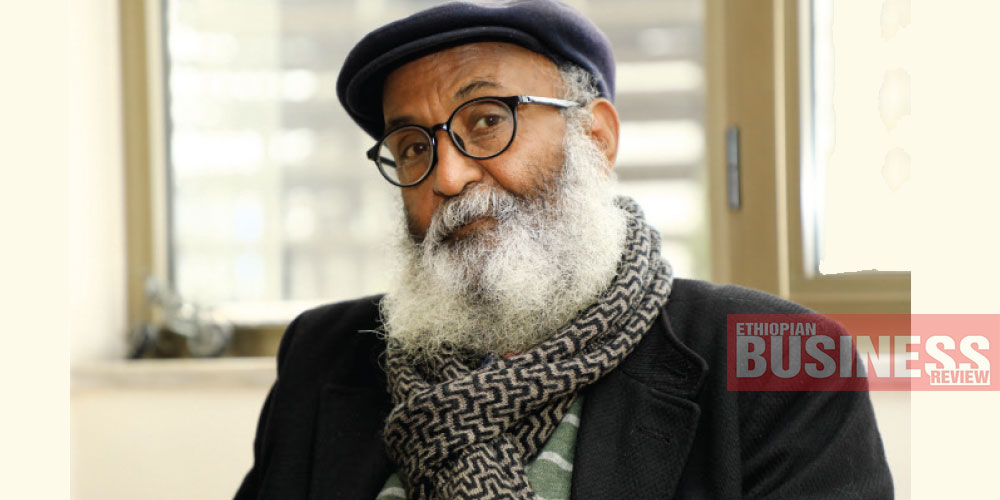 In this digital fast-paced age, an online reference book is looking to take hold. Alphabetic African Timeline, an almost three-decade old journey of information compilation, is now looking to take a spot amongst students, researchers, and the general public as a go-to repository of general African information. Its developer has been working with a handful of government organs to institutionalize the work and looks to the near future where anyone can purchase general African information from the website africacomplete.org and other digital platforms. EBR looks into this yearning to enlighten the public.

Encyclopedias were once the go-to place to look up information, next to the dictionary. Especially those born before 1990 remember the multi-volume editions found in libraries or even in homes and offices. Providing alphabetically-arranged summaries of information, these reference works are now near extinct. In the ongoing digitization of our world, encyclopedias are being replaced by online platforms. Students, academicians and researchers, and the general public in Ethiopia are now being introduced to a new platform that looks to replace the nostalgic encyclopedia, at least with reference to Africa.

The platform is a general comprehensive summary and ranking created to give an overview of African nation states and gives socioeconomic, political, geographic, historic, and lifestyle information. The platform says that it is a compilation from different sources consulted by multi-disciplinary African group of scholars in the field.

Alphabetic African Timeline (AAT) is the fruit of 28 years of the compiling of historical facts and journalistic reports as well as continuous updating. Also called Alphanumeric African Timeline, the online reference platform was developed by Moges Mulugeta Amharay (Laureate, Ed-D, Arts Hon.), now serving as its Chief Content Editor. In addition to its website, AAT is also found in the e-books section of Flomart android and iOS apps, where users can pay for and download individual country chapters as well as other referential material in similar fashion to the website. Flomart is a subsidiary of Flocash—the digital payments services company handling Ethiopian Airlines’ digital transactions.

Currently, AAT is in use by the Ministry of Education (MoE), Ministry of Foreign Affairs (MoFA), the National Archives and Library Agency (NALA), and the Ethiopian Broadcast Corporation (EBC) where Moges has provided the platform free of charge for research purposes by employees and students/ researchers. However, Moges looks to monetize the output of his laboring of almost three decades while giving students free access. “The platform is quite important for students and teachers of all levels. Primary level students use it to learn national contexts and basics like flags, coat of arms, location, and presidents of each nation. University students, on the other hand, will use it for historical and political studies.”

Recently, the Information Network Security Agency (INSA) gave him the green light towards accommodating the National Bank of Ethiopia’s terms and conditions to fully operate throughout the country in partnership with local financial institutions. He now expects to full-fledge digital sales of individual chapters, or the full 18,000+ pages of information, to both individuals and organizations.

Born in Wonji in the 1960s, Moges moved to Addis Ababa due to the unsuitability of the local weather until he had to migrate to Germany after the 2005 national elections. With a stint in Sweden, Moges settled in Norway for ten years. After being deported from the Scandinavian nation for not fulfilling immigration requirements, he stayed in Kenya for a few years before finally returning to his home country after the ascendancy of Prime Minister Abiy Ahmed (PhD).

It is in Kenya where AAT found its first home for it is here where the government approved of his idea after seeing of its importance for education. He saw that Kenyans give significant importance to general education and are even willing to spend additional money for the purpose. Now in Ethiopia, upon the backing of the Ministry of Innovation and Technology (MInT) and INSA, his platform has been availed to the public and selected institutions.

This type of online dictionary is fitting well into digitization programs seen throughout the educational and research sphere of Ethiopia. For example, NALA has placed AAT on its local network where researchers can readily access it as of last year. Though not well-promoted, users are accessing the information. The agency has embarked on a wide-ranging digitalization of manuscripts and other historical depositories of knowledge found in physical form only. Moges’ online country manual will fit well into this, according to a worker of the agency. EBC is also using AAT for research purposes with Moges expecting continued negotiations on how to monetize his relationship with the state broadcaster.

Gizaw Waqjira, Database Administrator at NALA, says that “Alphabetical African Timeline is a very important digital platform for education and research purposes, especially in order to get wholesome African Information.” He adds that “there aren’t enough libraries in Ethiopia and that students face challenges in accessing information quickly because of transport problems and books being held by other readers or researchers. Instead of wasting their time on this, the digital platform gives information in real-time in their personal locations. As such, it is very important.”

According to Gizaw, the government should work to motivate other Ethiopian scholars to prepare and compile similar online informational platforms. Of its kind, AAT is the only digital educational platform in Ethiopia. It is also registered with the Ethiopian Intellectual Property Office.

Moges’ vision to create a complete and comprehensive guide to African countries, its people, and their activities has even taken him to the African Union. He envisions this platform in excess of 18,000 pages to be incorporated with all African nations’ educational and research infrastructure. In Ethiopia, his dream is nearing fruition and he will soon be able to reap the reward of his long laboring. EBR

nextInternational Hydro-politics and the Current Debate on GERD