Yared School of Music is one of the oldest educational institutions in the country. The School has achieved a lot over its 74 years of service. Institutions that operate for such a long time mostly transcend to a higher level of excellence and push themselves further to explore the possibilities that could shape the future. However, the situation in Yared does not seem to adhere with that. EBR’s Kiya Ali explores.

The hallways are filled with the melody of different tunes. Music stars of the future have just embarked on some of their first steps while others are deeply immersed into their music, trying to perfect their masterpiece. Meanwhile, those standing in groups discuss new trends and conjure possibly the best art piece in town.
This is Yared School of Music – the only higher education institution dedicated to music.

Established half a century ago, Yared is currently part of Addis Ababa University. Renowned composers, including the late Elias Melka, Ashenafi Kebede and Dagmawi Ali, are the products of Yared. Yared Music School has contributed immensely to the modernization of music industry in Ethiopia.

However, keeping up the momentum and catching up with the standards of the global contemporary music industry have proved to be daunting for Ethiopia’s only higher education institution for music.

A case in point is the experience of Biruk Ephrem (name changed upon request), a second year guitar major student at Yared. Enthusiastic about becoming part of Ethiopian music, Biruk joined the school two years ago. Although his dream came true when he scored the cut-off point required to join the school, he insists that his stay so far has been below his expectations. “The lessons are not based on market demand,” complained Biruk. He assessed that more emphasis is given to classical music, which he believes is not popular and accepted amongst Ethiopians. “Despite the low demand for such genres in the market, I still pursue my education hoping it would set me on a solid musical foundation,” Biruk stated.

Named after Ethiopia’s sixth century spiritual musical legend and creator of Ethiopian music, St. Yared, the school was founded in 1946 by the then Ministry of Education and Fine Arts under the directorship of a polish violinist Alexander Kontorowhich.

St. Yared’s musical works to praise God are still being used by the Ethiopian Orthodox Church. The religious nature of his work explains the school’s initial location inside the church’s theological college. But it was later moved to Haile Selassie I university (Addis Ababa university Sidest Kilo campus). The school did not have regular students until a dozen years after its establishment. It was following Emperor Haile Selassie’s trip to Bulgaria and his visit of musical schools there that Yared became a formal music school.

The transformation became possible with donation of one baby grand piano, one concert piano and other musical instruments by the Bulgarian government that also helped design the school’s curriculum. During its early years of foundation, Yared only provided music education for students from grade eight to grade 12. Later, the minimum entry grade was raised to Grade 10, which was parallel with formal education. Two years after EPRDF took power, in 1993, its curriculum was amended. Since then, only those who have completed Grade 12 and meet the cut-off point to join University have been allowed to join Yared, which also started its own entrance exam.

Yared has three objectives. The first one is to produce qualified musicians by providing the best possible music education. The other one is producing competent graduates that transfer their knowledge and skills to anyone interested in music. Its last objective is to provide education that would enable students preserve the music tradition of Ethiopians and their diverse culture. Achieving these objectives have not, however, been easy.

“As most students don’t have much exposure before joining the music school, they start from scratch and graduate hastily before understanding and properly practicing what they have studied, says Dawit Yifru, a Composer and Board Chairperson of Ethiopian Musicians Association. He remarked: “The government compromised quality of education when it enforced a new rule that made taking common course for one year and completing another four years in music education prerequisites to graduate.”

The number of students joining the school is very few considering its age. While only 1200 graduated from Yared Music School since it turned into a higher education institution 21 years ago, its annual intake capacity stands at a meager 50 students. “Not everyone can join Yared Music School. The expectation is that graduates of the school will teach others or open their own educational centers, although both of the options don’t seem to be happening,” Alemnesh Awol, Assistant Professor at Yared Music School explained.

Yeshumnesh Taye, Associate Dean of Yared, also admits that the music school is lagging behind considering its age. She justifies this with the absence of enough number of musical instruments. “Music education is expensive and requires a hefty budget. Bearing this in mind, it is not surprising to see Yared not having a high intake capacity,” Yeshumnesh says.

Not just in Ethiopia, but globally as well, music education is one of the most expensive disciplines to pursue. Getting some type of training or coaching is unaffordable for many even in developed countries, including the US and Canada. Nonetheless, the situation is not as worse as it is in Ethiopia where there is only one higher education center and a handful of schools that teach music.

A year ago, the Czech Embassy in Addis Ababa found out that Yared School of Music has many damaged instruments and extended its helping hand. Jaroslav Kohout, a renowned violinmaker in the Czech, came to Addis Ababa for three weeks to repair the school’s string instruments – violins, violas and cellos. Together with a local professional in Yared School, the expert fully restored and thus brought back to life 36 string instruments.
Meanwhile, buying a new musical instrument remains an expensive ordeal. “A grand piano alone costs ETB1.5 million. Yared does not have the budget to buy the required musical instruments. So what we can do is reduce our intake capacity,” says Yeshumnesh.

Yared is providing musical education under six sections, namely: string, wood wing, braced, piano, jazz and traditional music. It also has two streams: Classical Music and Jazz stream, a department which was set up in 2012. Providing the two in a full-fledged basis had not been easy, largely because of space and shortage of professional teachers. “These problems have also dragged the school back from improving quality of education and increasing its capacity,” Alemnesh ponders. She further articulated: “most teachers also want to be part timers and tend to miss class as they travel a lot, further affecting the quality of education.”

Even worse, teaching traditional music has become impossible because of lack of professionals. “As Yared is under the administration of Addis Ababa University, the school is only allowed to hire people who have gained skills and knowledge through formal education. Finding such a scholar in traditional music is impossible as people who specialize in the stream gather knowledge through practice, Yeshumnesh said.

As a result, the school only teaches Masinqo, a traditional single-string instrument used by the Azmari, and Kirar, a five or six-stringed traditional equivalent of the guitar. It is during musical workshops that students may get the chance to take pointers about playing the Washint, an end-blown wooden flute. Yeshumnesh thinks another problem is also on the horizon. “Applying the new education roadmap, which obliges the school to dedicate one year for common courses, is a blindfolded measure that adversely affects quality of education,” she concluded. EBR

nextHiking Rising Above the Challenges 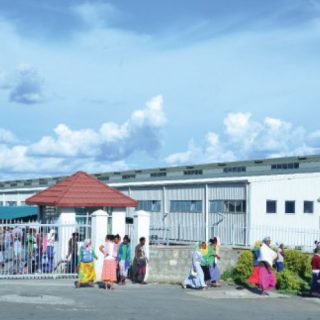 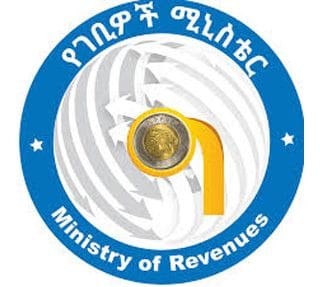 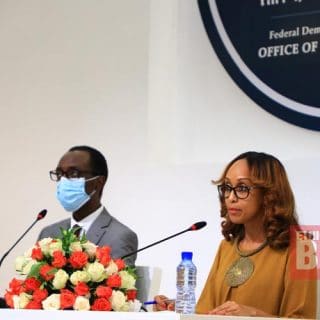