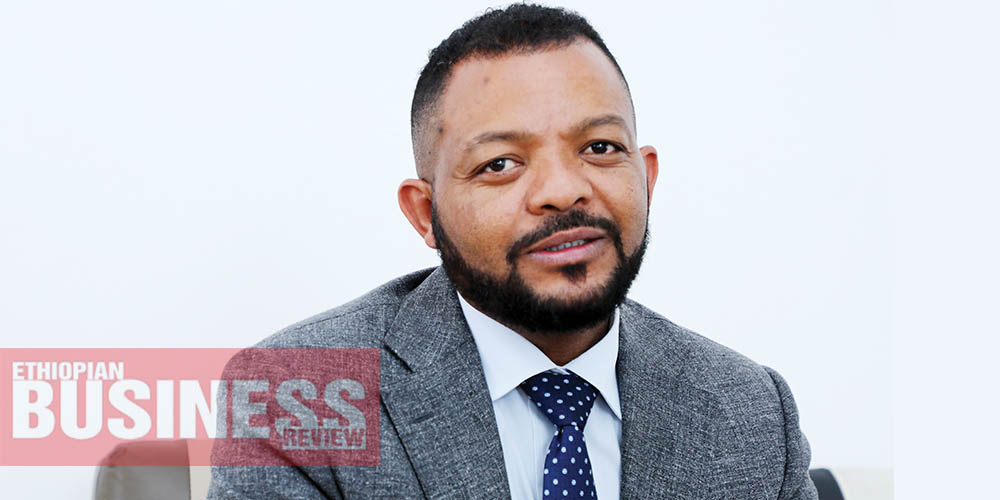 Mekuanint Alemu is Founder and Board Chair of C&E Brothers Steel Factory, which has been engaged in the production of reinforcement bars for the last ten years and mining exploration over the last three years. He recently established YO Trade and Manufacturing PLC, a sister company and the only large-scale coal producer in Ethiopia. It is currently installing a coal washing plant in Ethiopia allowing it to eliminate coal impurities using water, some chemicals, and mechanical techniques. The plant is expected to start operations after five months. EBR sat down with Mekuanint to learn about his recent ventures.

How did the idea of mining and producing coal come to mind?
In the past, we used to import raw material like billets from Ukraine, Russia, and Turkey. But in recent years, importing has become difficult due to the foreign currency scarcity in Ethiopia. This affected the productivity and performance of the factory.

So, we came up with the solution of sourcing raw materials locally which requires mining iron ore. So, we started the exploration work for iron ore three years ago in areas like Borena and Mekaneselam in Wello. We found over 200 million metric tons of iron ore reserves in Mekaneselam. We are working on the iron mining through Agodo YO, a sister company.

In a bid to process the iron ore, we had to find a source of energy. For the metal factory, we have been importing coal from South Africa at very expensive rates, at around USD230 per ton. Changing a ton of iron ore into steel requires a ton of coal. We cannot afford to import large amounts of coal with existing prices. So, we decided to mine coal in Ethiopia and went on to undertake exploration works in different parts of the country.

Once we finalized the explorative stage and the testing of samples and selection of appropriate technology, we proceeded to acquire a mining license. Last year, we secured coal mining licenses in five sites located in the region of Benishangul-Gumuz. We are currently producing coal and supplying to cement factories like Dangote and negotiating with others.

Coal deposits in Ethiopia are of poor quality. What solution was devised to remedy this?
From the exploration work, we learned that impurity levels of Ethiopian coal vary by location. The average energy output from our locally produced coal is around 5,000 kilocalories per kilogram. For imported South African coal, it is close to 6,000 kilocalories.

So, we need to employ technology to cut out impurities to improve the quality and elevate the energy output of local coal to be on a par with imports. To achieve this, we needed to install a coal washing plant in Ethiopia.

What is the progress of this coal washing plant?
Machinery have already been shipped to Ethiopia. At the same time, we are developing the camp and laying the factory’s foundation on the 13-hectare land that we secured in Benishangul. Close to 60 people are currently working on the site.
Within five months’ time, the washing plant will be ready. We will then start supplying fully purified coal capable of entirely substituting its imported counterpart.

What is its capacity?
The washing plant will have the capacity to process 300 tons of coal per hour. In the first phase, our plan is to utilize 50Pct of the installed capacity. At this production level, we will be able to substitute the total volume of annual Ethiopian coal imports. The plant will satisfy Ethiopia’s coal consumption.

Does this mean you will not supply coal to the local market?
The production of iron ore will start three years from now but coal washing production will commence after five months. In the first phase of washed coal production, we will utilize 50Pct of the installed capacity, around 700,000 tons per year, and supply this amount to the local market. When the iron ore processing plant starts operating, we will utilize our full capacity and produce 1.4 million tons of coal annually. At this stage, half of the coal will go to the iron ore plant and the other half will be supplied to local industries.

How much did you spend on coal exploration?
The investment cost for coal exploration and mining is around ETB600 million. This includes the outlay for the washing plant as well.

Where did you get the finance?
The finance for the coal mining project comes from YO Holdings, which includes C&E, YO Trade and Manufacturing, Agodo YO, and 11 other companies engaged in real estate, import, export, and other businesses. We are currently processing to move them under YO Holdings and are waiting for the detailed implementation directives after Ethiopia’s Commercial Code recently permitted the establishment of holding companies for the first time. The iron and coal plants will also be included into the holding company. So, the finance for the mining projects was sourced partly from other companies and partly from a Bank of Abyssinia loan. EBR

“Womanhood is not a Challenge!”

“Not just in the future, I see hope now!”