A strong export performance and stable balance of payment stance are the main sources of growth and prosperity. In the last decade, the government has been claiming Ethiopia achieved double-digit economic growth. Ironically however, the past ten years can be labeled as ‘the lost decade’ in relation to Ethiopia’s export performance.The period between 2001/02 and 2010/11 can be regarded as a ‘golden era’ where exports increased six-fold from less than USD500 million to more than USD2.8 billion, as the price of goods in the international market was going up rapidly, and the business environment in Ethiopia was in a good shape and momentum. The country was stabilizing itself and products like coffee, gold, oilseeds, and khat were abundant in the market and domestic price and demand was low. Agricultural output was growing and the diversification of exports to include cut flowers, livestock, and other commodities was picking up steam.

Things are different currently. The country’s total exports in 2019/20 almost equaled that of 2011/12, dancing around the USD3 billion mark. During this period, the price of commodities in the international market remained stagnant if not on the slide. Domestic consumption rose, and consequently so did the price of commodities above that of international prices at times.

Production of commodities like coffee, oilseeds, and gold reached the highest achievable levels using existing production methods. The only way to increase export earnings was to diversify the country’s exports towards manufactured goods and add value in the export of coffee, livestock, and other agricultural outputs. But all this has proven difficult to attain.

In the last decade, the government tried almost every available tool at their disposal to grow export revenue, including diversification, control mechanisms through the Ethiopian Commodity Exchange (ECX), and reducing and removing export taxes. But the continuously shrinking price of commodities in the international market, a stagnant manufacturing sector, staggering levels of inflation, and a population boom with higher incomes in the domestic market made exporting commodities difficult. Ethiopian exporters even failed to exploit the opportunities presented by initiatives such as the African Growth and Opportunity Act (AGOA) of the United States.

Besides, the annual import bill almost doubled to reach above USD18 billion over the last decade. As a result of the widening deficit in the balance of trade, macroeconomic stability is under threat.

In the next ten years, the impact of export stagnation will not be the same as in the last decade as the trade deficit is in the worst situation ever. Already, the macroeconomic imbalance is casting a shadow over development plans of the country, mainly due to widening gap between external debt and export. So, the government should act swiftly to find additional solutions to prevent another lost decade.

Sustaining growth is unthinkable without the expansion of the export sector. The Home-grown Economic Reform Agenda aims to increase foreign currency revenue by facilitating export, tourism, and foreign direct investment—a very good strategy. But it is not clear on how the government plans to execute its strategies, as has proven difficult in the last ten years. Since the manufacturing sector is starting from a very low base, it is very unlikely that it will become a short-term solution. The industrial parks that have generated more than USD140 million in the last fiscal year, are a good start in the right direction but not enough to solve this large imbalance.

There is also a dark and less-visible side to industrial parks. To export USD140 million, the industrial parks need to import raw materials, calling into serious question what is their real contribution for Ethiopia’s forex stock.

Manufacturing companies tend to move to developing countries like Ethiopia when wages grow in countries like China and Bangladesh. This is why some notable brands are moving to Ethiopia. But we need to note that these situations are partially attributed to the crises facing manufacturing in such countries, in addition to the adoption of automation to cut wages and increase production.

So, the probability that Ethiopia’s export sector will continue to dance around USD3 billion is very likely in the next decade and this will have severe consequences for the nation’s growth plans. As a short-term solution to avert a severe imbalance reaching a tipping point, the country should consider a strong import substitution strategy that uses domestic inputs.

Further, Africa is now embarked on a big project to implement the African Continental Free Trade Area (AfCFTA), a trade agreement between African Union (AU) member states, aiming to create a single continental market for goods and services by liberalizing tariff and non-tariff barriers. The government of Ethiopia for the first time is engaging in its full capacity in trade agreements. This will create good opportunities for the country.

Though AfCFTA was planned to be operational by July 2019, it is now postponed to January 2021, partly also because of the COVID-19 pandemic. The World Bank forecasts that the agreement represents major opportunities for African countries to boost growth, reduce poverty, and broaden economic inclusion. If implemented fully, the trade pact could boost regional incomes by 7Pct or USD450 billion, speed up wage growth for women, and lift 30 million people out of extreme poverty by 2035.

s a personal banker at Zemen Bank. He can be reached at Sewagegnehu.Dagne@zemenbank.com

nextImpacts of Conflicts on Ethiopia, Africa 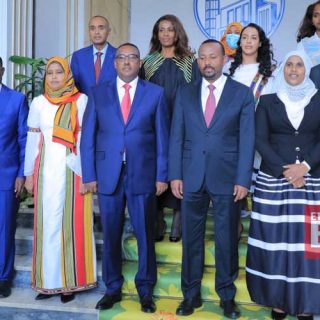 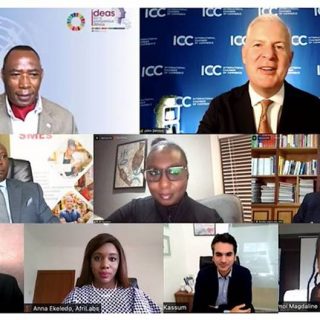