The Age of Public Development Banks

Ethiopia is the second most populous country in sub-Saharan Africa after Nigeria. Current population is about 112 million and is expected to surpass 137 million by the end of 2037. During the twentieth century, the growth of the Ethiopian population quickened tremendously. It had grown more than ten times since 1900, five times since 1950 and had doubled since the early 1990s. The rate of population growth increased from less than 2% in the 1950s to a peak of 3% in the late 1980s and early 1990s. Since then the population increased at a decreasing rate reaching a minimum of 2,3% during the 2015-2020 period. Each year, an estimated 2 million persons are added to the population.

Why need for Exponential Growth Thinking
Ethiopia’s population has grown slowly and then accelerated to reach a breakneck speed of growth over the past 40 years. If a population grows by a constant percentage per year, this eventually adds up to what we call exponential growth. The larger the population grows, the faster it grows. There are several factors which contributed to rapid population growth in Ethiopia: culture of faith, love and solidarity; early marriage; need for raw labor for production and public services; rural bias economic reforms particularly access to land, knowledge of bio-diversity and traditional medicine, and relative decline in mortality.

Population growth means the change in the number of individuals in a population through time. Numbers matter because of the effects they have on many elements of quality of life, particularly in countries that experience limited technological changes and economic growth. In such countries, there is huge demand for food, employment, education, health, housing, infrastructure (such as electricity, drinking water, and sanitation) and public finance. Since the capital stock of the country could not meet the needs and demands of a rapidly growing population, there is persistent urban and rural poverty and spatial imbalance. There are various studies on public service coverage (access and affordability) and sustainability.

The issue is not only a lack of resources (finance and materials) to meet growing needs and demands. In countries where there is lack of economic growth mechanisms, causes of poverty act in a cumulative manner. Additional population every year, resource scarcity, and economic coping strategies of households build on and play off one another with a devastatingly synergistic effect. For instance, one of the effects of the drivers of population growth, multiplication of child rich households in rural areas, creates fragmentation of land holdings, which in turn creates food insecurity, and then leads to a seemingly endless cascade of deleterious challenges (agricultural extensification, environmental degradation and low productivity trap). Population growth does not only have multidimensional effects; it also acts in cumulative manner (additive influences). The economic solution to population growth (namely GDP per capita) should; therefore, be big and fast to recover from backlogs and re-adjust to new additional shortages every year.

Ad hoc Linear Growth Thinking
While the effects of rapid population growth are exponential (multidimensional, cumulative and complex effects), for most of the time our development strategies and economic growth experiences have been “ad hoc, fragmented, local and linear.” Not much change occurred in our thinking and approach for the past five decades: we used the same approach (sector strategies), applied same tools (macroeconomic policy instruments), live in the same local space (subsistence, non-farm and informal economy).

The successive governments think linearly, layering short-run and stabilization policy after policy to create transformation. Based on our past experience, each time we seem to know the causes and the solutions, we take successive actions and expect incremental results that improve well-being. Despite well intentioned efforts, even some of the positive results could not accelerate overtime. GDP per capita has not improved significantly as desired (I use population growth needs as performance benchmarking) and productivity of the economy had remained at low levels for decades. There is abundant research on the performance of short run growth policy strategies of the government (FDI, trade and supply side policies) and there is no space to review them here (see some of my previous articles posted on this magazine).

It is now time to switch to exponential thinking. Ad hoc linear thinking is not sustainable and cannot be corrected through macroeconomic stabilization policies. The multi-dimensional and cumulative effects of rapid population growth in the country demand exponential growth thinking.

What is Exponential Growth Thinking?
In essence, it is bringing about exponential impact. Instead of thinking of growth as “1, 2, 3, 4, 5” we should think of growth as compounding or doubling i.e. “1, 2, 4, 8, 16”. To put it in layman’s terms, policy makers must think about how to design a complex system that doubles the output (can be GDP or per capita income) whenever the input (employment creation and productivity increase policy intervention) increases by one. Exponential growth increases the output without a substantial increase in resources. It is a process where things change gradually, then suddenly at unexpected speed.

Grand Ethiopian Renaissance Dam (GERD)
Understanding the economic mechanism, conditions and positive feedback loops that can reinforce and sustain exponential growth is challenging. To illustrate the power of exponential growth, we can take the Grand Ethiopian Renaissance Dam (GERD) on the River Nile as a good analogy. The diplomatic contest shows greater increases with the passing of time, creating the curve of an exponential function particularly as construction nears completion. Since the beginning of this year, the long dispute became international involving the Arab league, EU, US, the UN Security Council and the African Union. Why did such a development project exhibit exponential growth?

Dam engineers who know about the complexity of its structure and benefits would explain GERD from an exponential point of view. Even if I have no background of engineering to explain the growth process of the dam, based on exponential growth thinking, I can propound two reasons for its present effects. The first relates to the scalability of the dam, which I presume refers to design of the dam project both technically and financially to ensure maximum benefit when implemented. Scalability refers to the techniques of ensuring optimum size and structural linkages and quality of the dam.

The second reason for exponential effects of the dam relate to factors that contributed to its successful performance and growth of dam construction. The most critical element of success includes the cooperation and support of all parties involved: the Ethiopian Government at all levels, the contractor, the engineers, project consultants, dam project management and workers and the Ethiopian people. Since the entire cost of the dam (estimated US$4.8 billion) is financed by the Ethiopian government, the government has issued a bond targeted at Ethiopians and was able to raise the needed capital.

The GERD example shows that exponential growth occurs if there are two conditions: scalability and growth sustaining factors. If one of these conditions fails, growth becomes linear or ad hoc. Exponential growth is so powerful not because it is necessarily big and fast, but because of its relentless capacity for connection and creation of positive feedback loops.

Dimensions, Directions and Phases of Exponential Growth Thinking for Ethiopia
Applying exponential growth thinking in economic growth policy and transformation plan is a different matter. In developed countries, the very theory of economic development is firmly anchored in exponential growth models, for example, Solow (1956), Lucas (1988), Romer (1990), and Aghion and Howitt (1992)—is designed with this fact in mind. For countries with rapid population growth, the application of the exponential thinking depends on initial conditions of the country and objectives of the plan. The GERD example shows scalability and sustained growth/construction performance is the source of exponential growth.

As you see from the graph, exponential growth is an upward sweeping growth curve. The sequences, synchronization and trends of the different dimensions and directions of exponential economic growth (mentioned above) are represented by S-shaped curve. Each curve looks like the letter ‘S’ because of the three growth stages it represents—initial slow growth, explosive growth, and leveling off as full employment of resources is attained.

Each stage has its respective policy drivers, objectives, strategies, and instruments. The stages may overlap, and when one stage slows, a new policy model takes over and speeds up. With each new S-curve, the amount of time it takes to reach higher levels of performance is less. Stages have butterfly effects; each stage is sensitive to the previous stage. The policy package in one stage matters for the expansion the next stage. The stages are supposed to increase the speed and capability of the economy every couple of years until the time of creating prosperous welfare society and state in the country. There is no space here to discuss the policy objectives, strategies and instruments that should be undertaken to achieve exponential growth at different stages. If there is an interest, I will provide the policy details and packages belonging to each phase of the trajectory of exponential growth.

Exponential thinking reduces disruptive actions which we have observed recently and reveals new opportunities. If we can plan for it, we can ease the peaceful political transition from one paradigm to the next and greet the future in stride. In the context of Ethiopia, the new exponential economic growth thinking is like Einstein’s famous quote “Compound interest is the eighth wonder of the world. He who understands it earns it … he who doesn’t pays it.”

previous'The Unwise Use of GMO Would Destroy Indigenous Biodiversity'

nextProperty Rights at Times of Mob 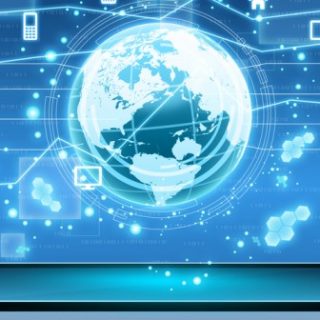 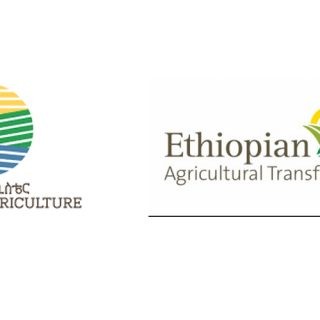