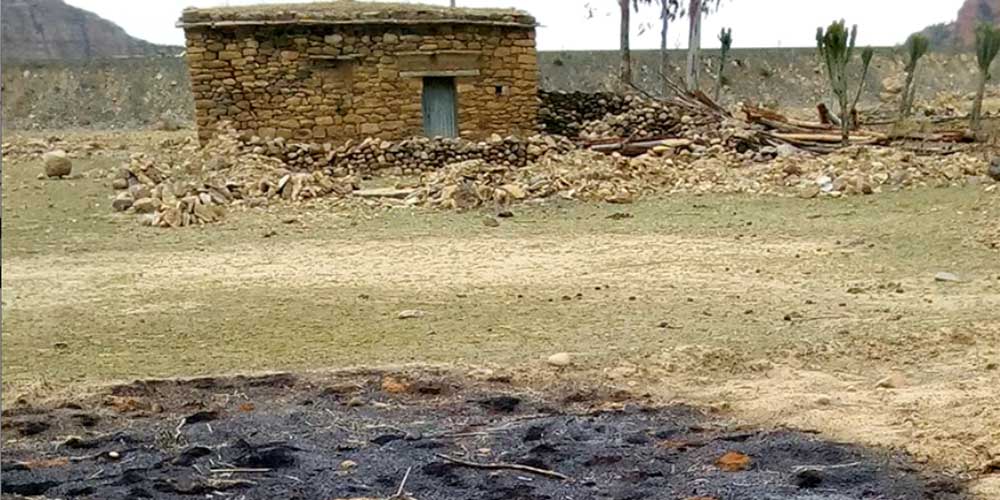 Missing out on rain is equivalent to relinquishing the harvesting of crops in Ethiopia’s rain-based agricultural system. As Ethiopia’s chief cultivation season arrives alongside the major rainy season, over 2 million farmers have abandoned their farms to find shelter in safer areas. Ethiopia’s internally displaced population is still out of control three years after the challenge started rising.
But the recent influx of dislodged people in high agricultural corridors including northern Shewa, Wello, western Oromia, Benishangul, and of course, Tigray comes at the crucial time of Ethiopia’s major farming season. As farmers have not prepared the land for the tilling period that ends in June, the upcoming Meher harvest season is forecasted to experience substantial setbacks. The uncultivated lands will result not only in production reductions, but will also place its society in a cyclical fight against poverty. Humanitarian assistance for farmers is stressing the nation’s coffers. Also, as farmers supply 30Pct of their production to markets, the reduction will also contribute to food inflation. EBR’s Mersha Tiruneh assessed the disruption which conflict and farmers’ displacement are pouring onto agriculture and the economy at large.

Harsh ethnic violence broke out on the night of April 14, 2021 in North Shewa Zone in Amhara Region. The incident took the lives of over 300 people and subsided after a state of emergency was declared and federal security forces were put in place. By the time peace was partially restored in the area, 225,000 people—mainly from farming communities—had already been displaced from towns including Ataye, Karakore, Majete, Antsokia, Mekoy, and Shewarobit. These areas are known for teff, wheat, sorghum, maize, vegetable, and mung bean production.

But it is not only in North Shewa where farmers have been displaced in recent times. Millions have been dislodged due to conflict in Tigray, Benishangul-Gumuz, and western Oromia. According to the Ethiopian Human Rights Commission (EHRC) report released in June 2021, there are 1.82 million internally displaced people (IDPs) in Ethiopia. However, the estimate by the International Organization for Migration (IOM) put the figure at 2.3 million. This is in addition to the 805,000 refugees that have fled the country.

The EHRC report indicates that rural areas are worse off than urban locales. In all, residents from 670 rural and 100 urban woredas are now displaced due to conflict. Of course, the current number of IDPs is lower than the almost 3 million recorded three years ago. However, the fact that farmers, in particular, are recently being displaced enacts substantial damage on the economy, due to the timing. Farmers have evacuated at the key moment in time where they would’ve been preparing their plot of land for the major Meher cultivating season, corresponding to Ethiopia’s chief period of rain. The lesser farming season of Belg, which occurs just prior to Meher, was also not without disruption.

Due to conflict and displacement, 12Pct of land cultivated during the previous harvesting season now remains idle, equating to 1.5 million hectares. Farmers across Ethiopia are extremely busy during the months of April, May, and June preparing their land for the upcoming major harvesting season. If farmers skip this crucial preparation period, they are reserved to wait almost another year to farm. This has major repercussions on their food security and the economy at large.

As of mid-June 2021, only 8.3 million hectares has been cultivated. However, the Ministry of Agriculture (MoA) plans the cultivation of 12.78 million hectares of land for the arriving season. “Some areas have already missed the Belg harvesting season and if they miss the Meher period again, it will have a big impact,” alerts Esayas Lemma, Director of Crop Development at the MoA.

As the major income and employment generator, the agricultural sector is undoubtedly the most vital in Ethiopia accounting for 32.7Pct of GDP and 23Pct of GDP growth. Agricultural production is dominated by smallholder farmers and consists of the crop, livestock, fishery, and forestry sub-sectors.

The dominant sub-sector within agriculture is crop production, accounting for 60Pct of agricultural GDP. The livestock sub-sector follows by contributing 20Pct while forestry, hunting, and fishing make up the balance.

In 2019/20, total agricultural production was 335.2 million quintals, of which cereal production accounted for 88.5Pct, while pulses and oil seeds contributed 11.5Pct. To produce this amount, 12.9 million hectares of land was cultivated with 81.5Pct covered by cereals and the rest with pulses and oilseeds.

Despite its immense contribution to the economy, the agriculture sector is under trying times. Many farmers in the Tigray Region, where 950,000 hectares of land was cultivated during the last Meher season, are now unable to till the land. “The entire population in Tigray has abandoned their farms. Their cattle and farming tools are looted. They cannot farm even if they returned on time,” says Abadi Girmay (PhD), Head of the Agriculture Bureau of the Tigray interim government. Last Meher, 1.5 million farmers in Tigray produced 1.2 million quintals of grain.

However, Mitiku Kassa, Commissioner of the National Disaster Risk Management Commission (NDRMC), stated that 1.2 million displaced people in Tigray are re-established and cultivating their land. “Over 70Pct of the land is already cultivated in Tigray.”

“From a total of 61 rural woredas, farmers in 46 of them have already started preparing the land for the Meher season,” says Esayas. “The regional Agriculture and Natural Resource Bureau is ready to provide extension services in addition to replacing farmers’ looted agricultural materials.”

According to Sani Redi, State Minister for Agriculture, the regional agricultural bureau has allocated ETB1.8 billion to purchase and transport 800,000 quintals of fertilizer from Djibouti to Mekele. “This is 67Pct of the annual plan while ETB79 million has also been allocated to restock looted oxen. The food gap in Tigray is expected to be filled with the Productive SafetyNet program which is currently benefiting 1.5 million people in the region.”

“When the national steering committee working on internally displaced people confirms people are back home and ready to farm, the government will provide them with the required agricultural inputs,” explains Esayas.

Despite the work done by the government to improve the situation, Ayele Gelan (PhD), Agricultural Economist, stresses that conflict and displacement will have an adverse impact on the agricultural sector as well as on the national economy. “Ethiopia’s economy and the majority of the population depends on agriculture. So, the conflicts erupting here and there will disturb and deteriorate the lives of many.”

According to Esayas, conflict and displacement initiate three adverse impacts. “The first is the reduction of agricultural output,” he explains. “Farmers use the majority of their harvest to feed their families. If they fail to cultivate, they cannot feed their families properly.”

In total, there are currently 23.2 million people in Ethiopia in need of humanitarian assistance, according to the UN. As per UNICEF, which is appealing for USD188 million from the international community, 12.5 million children in Ethiopia are currently malnourished.

The third adverse impact, according to Esayas, is the reduced agricultural produce supply in the domestic market. “The ongoing conflict in Ethiopia has a big impact not only on the displaced farmers but also on the urban consumer that is negatively affected by supply shortages and subsequent inflation.” From the 335 million quintals harvested in 2019/20, 22.53Pct or 75.5 million quintals went to the market.

Conflict and displacement are also expected to affect the nation’s agriculture-dominated export performance by reducing volumes of export commodities. The recent conflict in North Shoa is expected to dwindle the production of some exportable agricultural items. Also, the conflicts in western Oromia, where Chinese mine workers were recently abducted, is also casting a shadow on coffee and minerals exports.

Similarly, conflict and instability in Benishangul-Gumuz and Tigray are also posing as obstacles to exports. “For instance, in the first two months of the Tigray conflict, Ethiopia lost an expected USD40 million from the export of gold and factory products,” says Yohannes Dinkayehu, State Minister for Trade and Industry. EBR

Health Insurance Crawls As a Practice

previous"The Lack of Tenure Security is the Biggest Problem in the Mining Sector."