Fuelled partly by exchange rate depreciations and widening fiscal deficits, average inflation across Africa stood at 7.2Pct in 2017, increasing from 5.6Pct in 2016, according to the African Trade Report published by the African Export-Import Bank in July 2018. However, there was wide variation across countries. For instance, inflation remained high in several economic giants such as Egypt, Nigeria and Angola. On the other hand, countries like Swaziland, Mali and Cameroon exhibited the lowest inflation rates in 2017.

In 2017, the reserves of many African countries showed increases due to better commodity prices. In particular, increased oil and export earnings helped reverse the downward trend in Africa’s reserve position in 2016. Africa’s external reserves declined by 9.4Pct in 2016 to USD396.63 billion, while in 2017 it showed a 6.3Pct increase reaching USD421.53 billion.

Finland has taken the top spot as the happiest country in the world, according to the World Happiness Report 2018, which ranked 156 countries by their happiness levels, and 117 countries by the happiness of their immigrants. Norway and Denmark came second and third, respectively, in the report published last month whereas the most powerful country in the world, the United States, ranked 18th, dropping down four spots from last year.

Life expectancy, one of the methods used to measure health in various countries, has drastically risen in Africa from 50.9 years in 2012 to as high as 54 years last year, according to UNDP. The gain in longevity is observed despite the fact that large section of the African population still suffers from poverty, malnutrition, illiteracy, and low access to health facilities, communicable diseases, and a lack of access to clean water. Despite the improvement, the lowest life expectancy in the world is located in the continent. Africa’s Sierra Leone has a life expectancy of only 50.1 years, the lowest in the world.

In Ethiopia, micro finance institutions (MFIs), which were mostly founded with the aim of fighting poverty, play a big role in addressing the needs of people who are considered ‘high-risk’ by commercial banks. In a country where over 77pct of the population is unbanked, MFIs provide loans to the large portion of the population with very few assets.

Inadequate infrastructure continues to undermine the competitiveness of African countries in the global arena. Despite being blessed with ample mineral and other natural resources, the continent has the lowest infrastructural development in the world in areas like energy, water, sanitation, transportation, and communications technology.

The mission of the United Nations to end extreme poverty is unlikely to be met, largely due to the growth in food insecurity in developing countries, according to the World Poverty Clock, a data lab created by a Vienna-based NGO last year. Based on targets set by the UN almost twenty years ago, about 83 million people should have been lifted out of poverty by now.

Airhelp, a company known for providing legal services to airline passengers who have experienced flight cancellations, delays or overbooking, ranked airlines all over the world in terms of quality of service, on-time arrival performance and claims processing. While the highest scorer in the world was Qatar Airways, South African Airways was the leading airline in Africa. On the other hand, of the 13 lowest scoring carriers on AirHelp’s ranking, six were European, including Easy Jet, Iberia Spain and Wowair.

Africa’s economy has been off to a good start in 2018, according to the World Economic Outlook published by the International Monetary Fund (IMF) on April 17, 2018. The IMF released the national accounts figures of African countries with revisions that indicated more positive momentum. The economic growth of Africa, which was projected to reach 3.1Pct in 2018, was observed after a slow down in recent years, as the report states.

Although travel and tourism competitiveness is underdeveloped in Sub-Saharan Africa, the performance of Eastern African countries has been the most improved among the sub regions of the continent, according to the Travel and Tourism Competitiveness Report published by the World Economic Forum. Neighboring countries such as Kenya, Tanzania, Rwanda and Uganda were among Sub-Saharan countries that made it to the top ten list.  Mozambique, which rose eight places to 122nd, was the most improved nation in Sub-Saharan Africa. 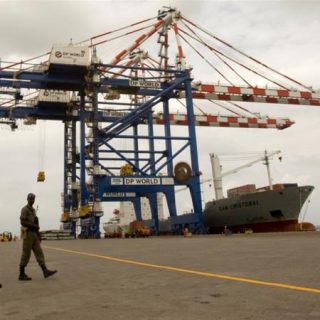 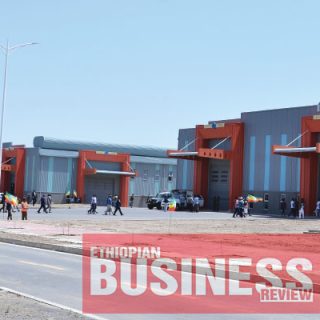