Once home to emperors of the imperial times of Ethiopia, and later serving as a torture facility for Dergue regime, Unity Park has become the talk of the town since its opening three months ago. Financed by the United Arab Emirates, the construction of the Park cost more than USD160 million. The park displays what Ethiopia looked like during the 19th and 20th centuries along with Ethiopia’s great and recent emperors, including Emperor Menelik II and Emperor Haile Selassie, both of whom are featured with life-size waxwork statues. It also features the post-1991 political works of EPRDF-led government in the form of sculptures in the garden, representing the nine ethnic-based regional states. EBR’s Kiya Ali, who visited the park last month, explores.

For an Ethiopian who has not been there before, groups of people who play music loudly in the middle of sidewalks and colorful matatus are distinct characteristics of Kenya’s capital, Nairobi. A Pentecostal preaching the Bible on the side of the road, long queues for transportation, and deafening music from boutiques, on the other hand, are commonalities the city holds with the Ethiopian capital Addis Ababa. EBR’s Kiya Ali, who visited Nairobi last month, explores.

Not more than 10 oil suppliers were operational in Ethiopia a decade ago. Now that is just history. The number has now tripled, reaching 33 as of December 2019. Not only this, the ownership structure of these companies has also changed greatly. While oil suppliers established a decade ago were largely owned by foreigners or big corporate, they are now being replaced by locals. But making a profit and staying afloat has not been easy for the majority of them, largely because of the low profit margin set by the government and shortage of forex needed to import lubricants and bitumen. EBR’s Ashenafi Endale explores.

The agricultural sector remains underdeveloped and untapped in Ethiopia. Although the sector contributes a third of the country’s GDP and accounts for two-thirds of the workforce, it has not been given the attention it deserves as demonstrated by the minimal finance provided to the sector. Agriculture modernization plans have also remained a myth. Mentioning that it is high-risk, commercial banks are not willing to provide loans to farmers and other actors in the agricultural sector. Even the Development Bank of Ethiopia is no longer interested in financing farmers. Even worse, microfinance institutions, expected to reduce poverty and reach out financially excluded communities, are not in a position to provide much-needed agricultural finance. EBR’s Ashenafi Endale explores.

Being home to many internationally-acclaimed historical sites, Ethiopia has an immense local tourism potential. But the country has never capitalized on the opportunity. Adding to the minimal travelling habit amongst Ethiopians, the sector is still at its infancy. Tour companies also give more attention to international tourists, largely because it garners foreign currency. Investors are not interested in joining the local tourism sector as there is a sentiment that it is a low rate-of-return investment. Meanwhile, the Ministry of Culture and Tourism is attempting to create awareness amongst the public, but little has been achieved thus far. EBR’s Kiya Ali explores.

Is it applicable in Ethiopia

Recently, officials of the National Bank of Ethiopia (NBE) pledged to implement a market-driven exchange rate regime over the next three years. Governor of the NBE, Yinager Dessie, said that his government will opt for a more flexible foreign exchange market to stabilize the level of its currency, deemed overvalued by the IMF. While this is a decision welcomed by the Bretton Woods institutions, it also stirred up controversies over its relevance in solving the forex crisis which has existed for over two decades. Experts fear that it would worsen inflationary pressures and result in an economic crisis shortly thereafter. EBR’s Kiya Ali explores.

Cottage industry is a segment of the economy whose importance is usually sidelined in Ethiopia. Though accounting for an insignificant share of the economy, it is still believed to be a source of income for many relying on the production of handicrafts and small industry items. Requiring a very small amount of capital, cottage industries employ below 10 individuals and are known for very quality products that are hand-made and preferred by environment-sensitive consumers. Now, this traditional manufacturing system is facing extinction as the government prioritizes medium and large enterprises as well as industrial parks. EBR’s Ashenafi Endale investigates

Despite its importance and better productivity, little attention is given to the production of avocado in Ethiopia. Excluded from the extension programs run by the government, there is no support system deployed to help avocado farmers. Nonetheless, the consumption of the super nutritional fruit is growing throughout the country as people started to use it in different forms including as an edible oil. Understanding the potential of the fruit, many are joining the avocado market which is also bringing in a considerable amount of foreign currency into the country. EBR’s Ashenafi Endale explores.

Businesses that deliver gifts are growing in Addis Ababa. First, it started as a service mainly used by the diaspora community. But lately, the locals are also embracing it. While this has become a source of revenue for many, it has helped individuals save time and strengthen social ties with their loved ones. EBR’s Ashenafi Endale explores.

Buying a car continues to be a daunting task in Ethiopia. Because of its unaffordability, many are forced to become commuters. Although there is hope that it would decline soon following the pledge of the government to reduce taxes on new cars, the price keeps on increasing every day. The local assemblers are also not in a position to fill the existing gap as they sell their cars for a price equal, if not higher, compared to the imported ones. The spike in the price of cars is also worsening the income inequality and implies that the value of the local currency is dwindling against the basket of major foreign currencies. EBR’s Kiya Ali reports. 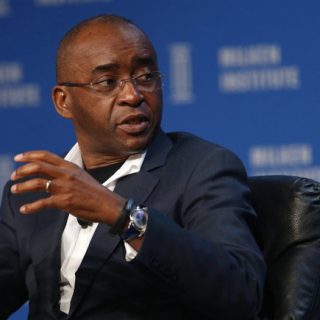 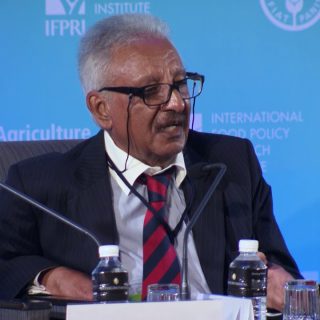