Table tennis used to be one of the most popular sports in urban parts of Ethiopia. Besides being a source of entertainment, it was a profession which many were interested to specialize in. But, the low-level attention given to the sport has led to its demise. Even though there are many throughout Ethiopia interested in being a table tennis player, it seems like there is no one interested in nurturing such skills. EBR adjunct writer Abiy Wondifraw reports.

Assefa Wondu, 39, proudly admits that he was a table tennis addict. It was just everything to him. “In my primary and secondary school years, I used to spend almost every hour playing table tennis. It was half-day school and half-day tennis for me,” he remembers.

Later Assefa started to consider it as a business. Because he was such a good player in his hometown Arbaminch, he started to make some money. “If people notice a stranger who looks like a better player than average, they would invite me to challenge him. I would usually try to provoke the stranger to the competition; I let him win in the start and change the gear later to make more money. For me, it was not just a lifestyle. It was a business, of course.”

Yet, table tennis is among the sport games fading away in Ethiopia. It is now difficult to find spaces in the center of cities. But pool and foosball (Joteni) seem to be taking over most of the youth spaces in bigger towns.

Assefa, who is now a father of two, struggles to find and enjoy the game he mastered in his childhood. “Even my son jokes I am outdated whenever I tell him we should play table tennis.”

It is not just in Ethiopia that table tennis is fading away. Reports indicate that the sport is ‘dying’ even in China, a country which is known for producing the best players that dominated the world game. Originated in England in 1880s, table tennis grew to be a Chinese sport with a local name ‘ping-pong’. Table tennis is well remembered for being used in the international politics (ping-pong diplomacy), which forced President Richard Nixon to visit China and meet Mao Ze Dong. All these good memories were not good enough to keep the Chinese loyal to table tennis. The youth fell in love with European football. As a result, President Xi Jinping’s government has targeted to develop table tennis to attain global dominance once again. But in Ethiopia, neither the federal and regional governments, which pour billions of Birr investment into football, nor big corporations are not interested in supporting the dying sport.

The Ethiopian Table Tennis Federation (ETTF) also admits the fact that table tennis rarely exists. “We do not find spaces for playing the sport. But that does not mean the popularity is all gone. The ETTF organizes competitions every year. Schools, project centers, regions and clubs compete in different categories nationwide. We also take part in regional and continental championships,” claims Abeba Amare, office head of ETTF.

Being one of the 226 registered national member associations by the International Table Tennis Federation (ITTF) since 1964, the ETTF organizes eight competitions in categories such as students, youth, adults, federal civil service employees and females. The World Table Tennis Day (April 6) annual celebration to bring people together for the sport is another success story the federation officials want to share. According to Abeba, their effort to mobilize people all over the country playing table tennis has received much appreciation from ITTF.
“We are the best in Africa for the last two years, and came fifth in the world this year for having several event centers in different parts of the country,” she says. “They referred to the database on to which the centers directly register online.”

Ethiopia has 128 table tennis youth project centers all over the country. Every project is expected to embrace three categories in the Under-17, Under-15 and Under-13 age groups. Each age group has 20 youngsters. These projects alone hold over 7,000 youngsters.
“We do not know how many of them pursue a career in table tennis but we hope most of the trainees acquire the skill to play table tennis and teach others. As a federation, that is how we think about the sport’s future,” says Abeba.

Similar to most of the sport federations in the country, budget is the major constraint for the ETTF. The international table tennis governing body does not directly finance national associations’ budget apart from technical and material support. The annual budget subsidy from the Ethiopian Sport Commission to ETTF stood at ETB387,000, which is not enough to organize competitions. “Finding sponsors is a must. The federation is also trying to collect some money from registration fees (ETB150-200) from tournament participants,” Abeba adds.

Some organizations and businesses support the Federation in kind and others provide cash ranging between ETB50,000 and ETB70,000, annually. This is not enough for the federation to organize tournaments and develop the sport. In fact, the budget constraint has forced the federation to organize most of the competitions in Addis to cut the expenses of referees and technical teams.

This negatively affects the federation’s potential to mobilize more people in different parts of the country through competitions. “We could have more youngsters who come to watch and get entertained by table tennis. That can eventually increase the sport’s popularity. It would have been great social capital to connect our diversified society,” Abeba says.

Meanwhile, table tennis seems to be a very affordable sport even to own for organizations, schools, clubs and households. The table boards with variety of dimensions can be bought for ETB10,000 – 20,000. In a few residence areas where there is no space to socialize and exercise, table tennis has become a good alternative for entertainment.

nextCottage Industries Locked In A Cottage 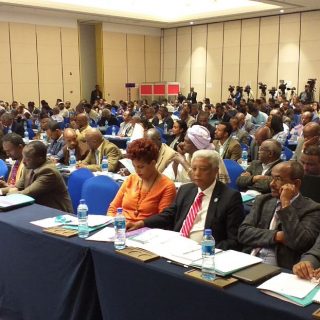 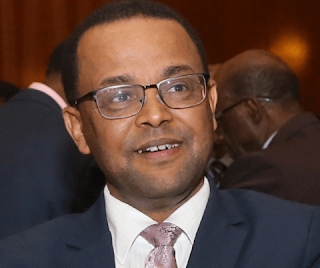