Illicit Grants for the Rich

How Regions Can Develop In Ethiopia

Recent media outlets in Ethiopia and beyond are talking about the possibility of an oil discovery in Ethiopia; the populace is following the story with great interest. As a child it was always my wish for Ethiopia to get oil – perhaps disgusted by the rampant poverty that I witnessed. Now, I think twice about it and tend to think maybe it is not a nice thing after all.  Why? Here is my perspective!

Oil discovery, apart from the political economy of who is controlling it, (such as who is the British company working in the Omo valley? Who are the US and the Canadian companies searching for oil in the country? Are these companies controlled by Ethiopians but set up abroad? Who are these Ethiopians? What is the share of the Ethiopian government? What is the nature of the deals that the government stroke with them? Is the government selling us out or not? Is it simply royalty or does it need to have a share in the company extracting the oil? Etc) it also has serious macroeconomic ramifications which are as important as the political economy questions.

Although such resource flows from a booming commodity sector such as oil have propelled the excellent growth recorded in the continent in the last decade, getting the most out of it requires careful macroeconomic management in the short run, and strategic thinking to reduce their potential adverse effect in the long run. Both actions require capacity building in economic and political governance.

Two major macroeconomic challenges usually appear before a nation following an oil discovery. The first one is what is called the “Dutch Disease’ effect. (The term is coined when the Netherlands began neglecting its traditional export sector when it discovered natural resource some five decade ago.)  Birr will become expensive in terms of Dollar following a boom in commodity trade and the resulting competitive threat to the non-booming tradable/export sector. An excellent example of the Dutch Disease is happening in our neighbor Sudan where its traditional exports such as oil seeds and cotton are disappearing in the last ten years following its oil discovery. So there is no guarantee that our traditional export items such as coffee, oilseeds and horticulture, not to mention leather and textile will not be disappearing once we got oil.

The second macroeconomic challenge relates to the government’s fiscal response to the revenue from the booming sector. The first important point in this context is that the capital inflows may represent a useful substitute for savings. And a consequence of such capital inflow could be negative impact on government’s efforts to levy or collect tax. Indeed, such inflows might even provide an incentive for governments to reduce tax. The second avenue relates to the presumed negative effect of capital inflows on private savings and, finally, to its stimulating impact on consumption of importables and exportables. Indeed, literatures on the issue noted that a large fraction of such flows are likely to be used to increase consumption.

Finally, there is the long term growth and developmental effects of dependence on primary commodity trade and the implication of the oil revenue generation for governance: such as corruption and conflict among the political elite.

From the above brief discussion, we have gathered the nature and potential impact of oil dependency on long term growth and development strategy. In general, in terms of macro policy, a combined and well- articulated fiscal, monetary and exchange rate policy is required to address the macroeconomic challenges of resource flows from the booming sector.

Beginning from fiscal policy, saving some of the revenue from the booming sector and reducing unsustainable spending deserves the attention of governments in resource rich countries. Evidences from different African countries show that the spending effect is one of the main transmission channels through which the traditional export sector could be adversely affected. A deliberate and measured pace of domestic spending, carefully focused on absorptive capacity, can limit real appreciation and attenuate the negative consequences to the economy’s non-booming tradable sector.

Inferring from the experience of knowledgeable senior officials  from Norway, Chile, Botswana, and Mexico, Arezkie et al (2012) noted that governments in these countries took measures that included conducting counter-cyclical fiscal policies and setting up institutions that limit rent-seeking behaviour. In addition, managing high expectation of the populations in low-income countries regarding higher public spending is also noted as important by these senior officials, as a study in Uganda, following its recent oil discovery, shows the case.

In addition, the quality of whatever  spending made could be improved by directing it to non-booming tradable sectors, including imports, in areas that enhance productivity in non-tradable sectors, as well as in areas that facilitate structural transformation in the long run. This could be done through the use of a medium-term expenditure framework which avoids the pitfalls of year-to-year planning.

Studies generally shows that higher levels of taxation in the booming natural resource sector leads to a structure of government revenues that is dependent on commodity prices and so can be highly volatile. There is therefore a need to establish medium-term spending plans, to decouple current spending from volatile government revenues, and to enact a strategy for counter-cyclical fiscal policy. Awareness of these problems and the attempt to deal with them through optimal saving and appropriate fiscal rules could help policy makers avoid such concerns.

As a researcher named Auty advised, setting up capital development funds as a means to identify the capital component of the rents and sterilize the capital inflows impact on money supply; revenue stabilization funds to buffer the revenues that are absorbed via public expenditure from price shocks; and project evaluation units, to improve the efficiency of public sector investment, are important areas to consider.

However, settings up such funds are not without challenges. As Norway benefited from trying to de-politicize the use of natural resource revenues by vesting its disposal in an independent authority set up along the lines of independent yet accountable central banks, judiciaries, and supervisory authorities, although it was not immune to the heat of the day-to-day political process with the temptation by the politicians to spend the saving.

Thus, Ethiopian policy makers may learn from these experiences of building institutions that will ensure the best use of such funds. In short, fiscal institutions have proven to be instrumental in achieving such decoupling between spending programs and revenues. For countries that cannot establish institutional arrangements capable of credibly committing to counter-cyclical fiscal policies, the use of financial instruments—such as the one used to hedge government oil revenues in Mexico—are an effective second-best policy option, according to Arezki.

More generally, checks and balances and greater transparency in managing natural resource revenue can help counteract the misallocation of talent into unproductive activities. Thus, institutional building and a careful approach to institution building is crucial.

is a professor of economics at Addis Ababa University. He can be reached via ag11226@gmail.com 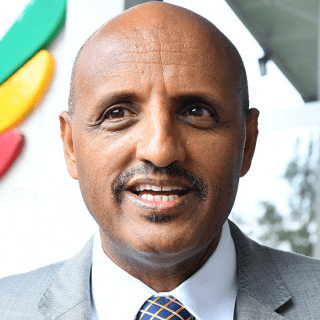 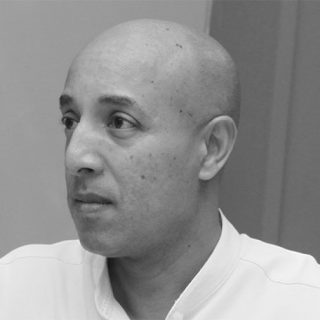 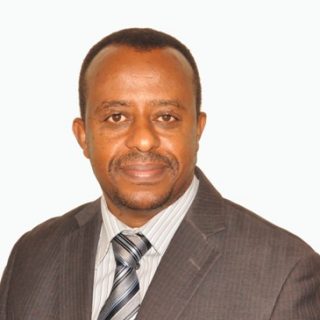