Abebech Gobena the Sun, A Life of Selfless Giving

The New Face of Cultural Restaurants

The demand for a clean fashionable modern house and household appliances is growing fast in the city. For sociologists, all this change comes due to urbanization, modernization and the growing household income (more than an average of 10pct per year growth in the last decade). “As urbanization expands, it embraces more and more people, a variety of people, with different income, profession and cultural back grounds, who are forced to live in urban setting. Hence, modern way of life is inevitable,” says Yeraswork Admasu (PhD), associate professor of Sociology at Addis Ababa University.

One of the trends that mark this turning point is the rising demand for better looking and comfortable real estates. “As household income has increased through the years, the demand for real-estates has also increased,” says Zelalem W.Giorgies, marketing manager for Ambassador Real Estate. “As long as you solve the issue of thrust and can hand over the houses as you promised, there is still a potential for market.” Established seven years ago with a registered capital of ETB10 million, Ambassador Real Estate has sold more than 100 houses so far. The Company has already handed over 18 apartments, five years  ago, which were built on an average area of 230sqm for an average of ETB one million. Other 95 villas that rest on area of 176sqm to 500sqm are also sold out for an average of ETB two million.

Houses with attractive outside features may not be good enough to satisfy all the fantasies of the urbanites anymore. It has become common for people to hire a professional interior designer and to make the home more comfortable and modern.

Creative and efficient use of color, pattern, texture, light and space is central to an interior designer’s practice, according to Eyassu Siraj, founder of Eyassu Siraj Architects. Starting from choosing color flows through to selecting wall coverings, flooring, lighting and furnishings people are increasingly demanding the expertise of interior designers. From home cinemas to sauna baths and personal massage rooms, residents of the City are demanding it all.

“More and more people are seeking the expertise of interior designers as there is now a common understanding of how interior design can be used to reflect status, ambition and taste,” says Eyassu. People need their cribs designed not only because they need them to look or function better. Many residents have also started to integrate their personal taste, ambitions and dreams into how their houses look.

Established in 2004, Eyassu Siraj Architects has been in the business of designing the interiors of offices and residences. The projects the Company took over; among others include interior works of the World Bank office, Dashen Bank Head Quarters, Haile Resort, Residence for Haile G/Sellassie, Beshale Hotel, Meda Bar and Grill and Fahrenheit Lounge. A single project may cost several thousands, hundreds of thousands or even millions, depending on the time it will take to finish the project and its scale, according to Eyassu.

Some years back, the neighborhood kids had to go to the houses of their friends that have the good fortune of owning a television, a black and white in most cases, to watch the highly anticipated weekly programs of the national broadcaster. But now the question for many household is how to change the conventional CRT television set for modern and slim LCD types with wider screens. No longer is a desktop or laptop computer a rare household item either.

Selling flavored ice cones used to be a business for few households who own refrigerators, but it is no longer a good business idea as most Addis Abebans now have what it takes to make ice cones — a refrigerator. In the future, kids may not accept anything less than an automated household to grow up in. “Demand for electronic products is increasing with the growing economy,” says Riad Yusuf, marketing manager for Metro PLC, the sole importer of LG products. In its shops, Metro displays the new LED model TV sets that range in size starting from 22 inch, which costs about ETB5,000 to TV sets sized 84 inch. Sales of these TV sets are good in general even though the sales of large TV sets is not as frequent as the smaller ones. Washing machines are among the household appliances that have become very common in recent years. With an average price of a little more than ETB10,000 they are one of the most sold items in the market.

A more automated household has also made the long process of cooking intolerable. Not so long ago, a woman who did not know how to cook or prepare all the food ingredients at home used to be referred as Geltu [careless or lazy], an insult against a woman who is not governed by the old notion that expects women to be vigilant in the kitchen. With the changing life style, however, more and more woman seems to be less interested in preparing the ingredients and spices at home. Enter the half or fully cooked foods market. Easy to cook noodles and half cooked food items and sauces, common in the super and mini markets fall in this category.

Few years back, buying Enjera was almost a social taboo, especially for a woman. Now almost every bachelor and bachelorette, whose number is increasing by the day, and most newlyweds purchase the nation’s staple food item from the various out lets in every corner. New York New York Supermarket on Africa avenue sells about 200 pieces of them each day. “Elderly People are still a little bit embarrassed when they ask for Enjera,” says Nuraddis Mohammed, manager of the store.

“This is one of the implications of the fact that now more females are spending their days in offices,” says Yeraswork. “You cannot prepare food ingredients and go to office at the same time; so you go to office and buy the ingredients from supermarkets.” This new trend has created a huge market for spice and food ingredient preparing companies commonly known as Baltina shops.

Even cooking the half way cooked packed foods has become tiresomely repetitive for a growing segment of the society, which makes dining out more appealing. Few years back, however, a husband or a father who frequents eateries was assumed to have a non functioning marriage. Now it has become common for an entire family to go to restaurants for a night out in the city.

“The demand for restaurant services is audibly increasing,” says Walelign Mengistu, owner and head chef of Amsterdam Bar and Restaurant, one of the restaurants in Addis Abeba on Africa Avenue.

Having stayed in the restaurant business for 10 years, Walelign has noticed that the type of customers he has been serving is changing through the years as more and more couples, families and group of female friends dine out opposed to the past that was fully dominated by young adult men. An average of 600 people are served for lunch and dinner at Amsterdam Bar and Restaurant every day paying an average of ETB150 for a meal and accompanying drink.

The increase in the restaurant business is well observed by Yohannes Mengisteab, general manager of Beemnet Bar and Restaurant, a more than 20 years old establishment which has opened two more branches this year at Kazanchis and Bole Medhaniyalem. The famous facility of Beemnet Bars and Restaurants on Sierra Leon Street serves about 700 customers on average per day. For Yohannes, however, the increase in demand for restaurant services has additional driving factor besides the increase in income; he cites the growing quality of hotels as an enticing factor. “Kitchens are open and more appealing these days, people don’t worry about the price but the healthiness of the food, ” Yohannes says.

The quality service provided by restaurants, starting from reception to the variety of foods in the menu are among the reasons that have persuaded Daniel G/Amanuel, a regional program manager for Nokia, to dine out almost every day for the last ten years. Daniel, married for five years and a father of three, also takes his whole family and his work colleagues for lunch or dinner on different occasions. “At home you have to eat what is already cooked, but at restaurants you can eat what you desire at that specific time,” says Daniel referring to the other reason why he chose dining out over his wife’s home cooked meal.

In what seems to be an ever changing urban setting, life is becoming more individualistic and many social features are being abandoned. This is becoming more visible in social events like weddings, funerals, birthdays and graduation. Since sometime now, it is becoming common to outsource personal event handling to event organizing companies that deal with the nuts and bolts of an event.

“By now the business is defining itself. We have even started seeing bid notices looking for an event organizer,” says Michael Gessesse, general manager of Andro Meda Event Organizer (AEO) in an email response to EBR. AEO, which was established in 2008 with a capital of ETB 50,000, organizes all personal and business events, taking 20pct of the total cost of a particular event. AEO handles all the activities of an event that ranges from cooking to serving, from providing security to decoration and post event clean up.

“In an increasing urbanization, space is always an issue,” says the Sociologist. “You do not have the space to erect a big tent to hold your daughter’s wedding party, so you need organizations to manage it for you in a limited space at one of the hotels or assembly hall.”

Life in the City is changing and it is changing for the better. But as much as many people could manage to walk with an evolving way of life, many others are stuck on memory lane reminiscing about the old days where there used to be more social integration. Of course, every new development comes with its own drawbacks. For example, modern life means more cars, which in turn means more accident and depleted environment. Yet the society can work to limit the multi faceted drawbacks that come with modernization. After all, this evolution and urbanization is one of the manifestations of a developing economy, that we have to learn how to live with; because change is inevitable and it will be evident faster than before. 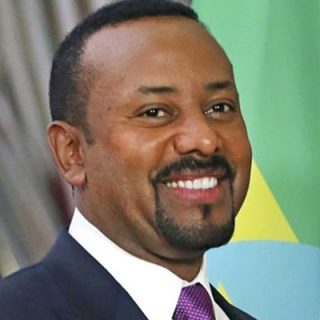