Even though Ethiopia’s economic growth is continuously lauded by international organisations, unemployment rates among young people remain high, reaching as much as 44.9Pct for people aged 20-24. Experts argue that the causes are multifarious and require comprehensive solutions. If not, then the long-term consequences may prove detrimental for the nation’s economic growth and image. EBR’s Tamirat Astatkie spoke with researchers to learn more about the challenges of youth unemployment and what’s being done to mitigate its potential effects. 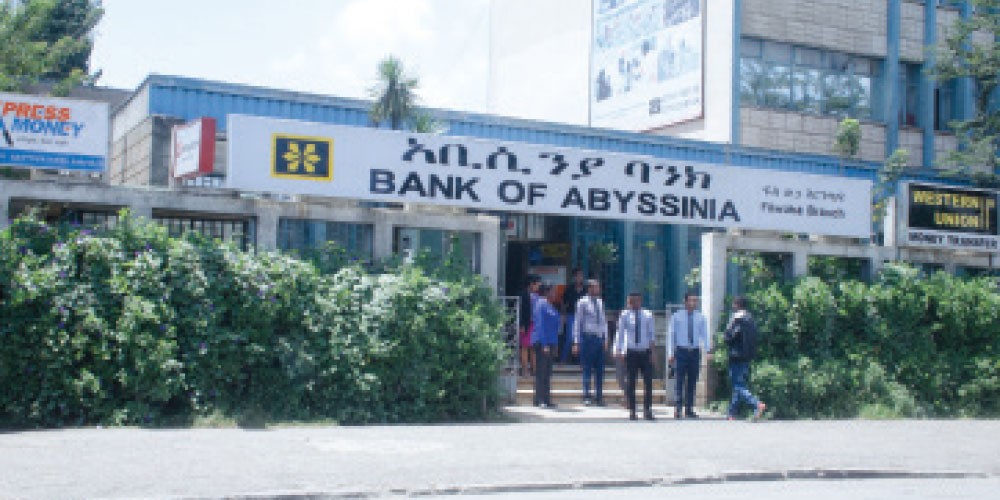 The Bank of Abyssinia’s decision to significantly raise its employees’ salaries has garnered much attention in the banking industry. Most notably, it’s caused some institutions to re-evaluate their pay scales to remain competitive and maintain their employees in an industry especially noted for its human resource scarcity. However, behind the buzz their decision has generated lies an important question: How will increased competition and regulation impact Ethiopia’s still nascent banking sector, especially vis-à-vis human resources? Some argue changes will propel banks to make critical decisions about the efficiency of their institutions, thereby strengthening the overall sector. Others, however, believe these are burdensome and may compromise the viability of some banks. EBR’s Ashenafi Endale spoke with industry insiders and consulted research studies to gain insight into this crucial financial issue.

As President of the Bank of Abyssinia (BoA), Mulugeta Asmare has overseen its growth and been at the helm of some impressive feats, not least of which include a 27Pct growth in profits last year. With 600,000 clients and 190 branches, he’s looking towards the future, with plans to increase paid-up capital and the use of banking technologies.
Perhaps his boldest decision to date has been to significantly increase the salaries of BoA employees. This increase, many argue, will have a significant impact on the pay scales of other banks and increase their operating costs. In the first of two interviews with private bank presidents this issue, we discuss the overall implications of the BoA’s decision to increase benefit package for employees.
The first of the two leaders we speak to, Mulugeta believes his bank’s pay increment is a positive development, arguing that it will lead to overall growth in the fledgling banking sector. EBR’s Ashenafi Endale spoke with him to learn more about his decision to increase employee pay and the overall state of affairs in Ethiopia’s banking sector.

They Just Want to Take the Trained Ones from another Bank, with Higher Salary

After an illustrious career with the Commercial Bank of Ethiopia, Abie Sano Mohammed has been leading Oromia International Bank (OIB) since 2009. Despite its relatively recent establishment, it’s already proven to be a formidable force within the private banking sector – with a paid-up capital of ETB950 million, OIB is the tenth largest private bank in the country. Abie, however, says there’s more growth to be done, including their goal to increase paid-up capital to ETB3 billion within four years.
As the second of the two bank presidents we speak to this issue, Abie provides a differing perspective on the topic of increasing operational costs and what they mean for the banking sector’s overall development. He says that there are more pressing issues facing the industry – like technological development and resource mobilisation – that need to be addressed systemically to strengthen the sector and make banks more competitive. EBR’s Ashenafi Endale spoke with Abie to learn more about OIB’s growth trajectory and his thoughts on the future of the sector.

Consultancy – the practice of providing advice and insight to businesses and non-governmental organisations – can be a lucrative endeavour. According to Bloomberg News, management consulting firms – a niche within a much larger sector – generated more than USD39 billion in the United States in 2013. This bodes well for Ethiopia, a country in which consulting firms are growing. In the last 25 years alone the government issued more than 2,000 licenses to businesses and individuals to engage in consultancy. The industry’s development, however, hasn’t been without challenges. Industry insiders say corruption and the lack of a proper, fair regulatory environment are roadblocks to the sector’s growth. EBR’s Tamirat Astatkie spoke with stakeholders and consulted research to learn more about the potential of the sector in Ethiopia.

The construction sector is a crucial driver of economic activity – and has been the key to Ethiopia’s double-digit economic growth for the last decade. Despite its promise, the sector is plagued by inefficiency, with projects sometimes generating cost overruns of 60Pct or more, according to the World Bank. This trend, however, may change soon, as many private real estate management companies have proven that local, large-scale construction projects can be completed in a time- and cost-efficient manner. But what, if anything, will other public and private companies learn from this? EBR’s Ashenafi Endale spoke with industry insiders to learn more about what’s being done to make the country’s construction sector more efficient.

Adolescent pregnancies are often unplanned and may have long-term health and economic consequences for young mothers. This is particularly true in developing countries, where teenage fertility rates tend to be higher and social infrastructure is generally weaker. Studies note that women who give birth during adolescence are less likely to complete formal education, hindering their ability to earn stable income. The health effects are also dangerous, as young mothers often face higher rates of maternal and foetal mortality. EBR’s adjunct writer Meseret Mamo spoke to those involved with the issue as well as consulted research to learn more about the intricacies of this issue and what’s being done to mitigate its potentially problematic consequences in Ethiopia.

While the summer months are fairly quiet for Ethiopian football fans, they provide an opportunity for teams and clubs to engage in tournaments and friendly matches. These events, while not part of the official football season, help build player capacity and may even generate revenue through sponsorships and ticket sales. However, they’re not without their potential negatives, as logistics and organising may prove difficult. EBR adjunct staff writer Abiy Wendifraw spoke with key insiders to learn more about the potential and pitfalls of developing robust preseason tournaments.

Quality education is often referred to as high-level training supported by sophisticated facilities, rigorous standards and well-trained educators. For many, prestige is perhaps the biggest indicator when gauging educational quality and the effectiveness of schools or universities.

In its May 2010 “Global Survey,” McKinsey & Company reported that, “the core drivers of globalisation are alive and well.” In an April 2014 report, the firm went further, declaring that, “to be unconnected is to fall behind.”